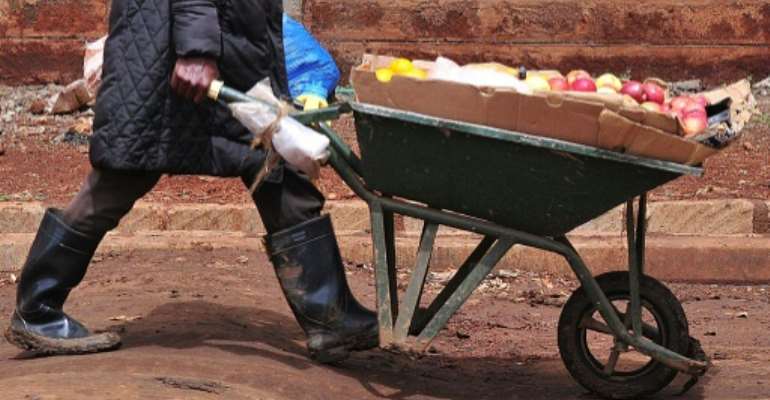 County officials in western Kenya's Bungoma district reportedly splashed out over 1 million shillings -- $10,000, or 9,300 euros -- on 10 wheelbarrows, more than 30 times the market price and roughly equivalent to the cost of a small secondhand car.

Each wheelbarrow, to be used in government slaughterhouses, reportedly cost 109,320 Kenya shillings (1,039 dollars, 933 euros), according to The Standard newspaper.

Local traders said the normal price was just 3,000 shillings ($28 or 26 euros). Some angry citizens pushed others through Bungoma in wheelbarrows to protest the alleged graft.

Kenya is struggling to combat corruption, with a report in July by the country's auditor-general revealing that only one percent of government spending was properly accounted for.

Kenya, which is placed 145th out of 174 on Transparency International's annual corruption index, has long been blighted by graft.

"A few individuals are 'eating' while many are suffering," said local senator Moses Wetang'ula, who leads the main opposition party in Kenya's national upper house, according to The Standard newspaper.

"This is not acceptable. Let a thorough audit be carried out and the responsible officers sent packing."

Photographs in Kenyan media show basic-looking, metal wheelbarrows, but officials said they were expensive because they were made of special stainless steel and might even help prevent cancer.

Governor Ken Lusaka defended the purchase, claiming they were, "not the ordinary wheelbarrows that we know. These wheelbarrows are made of stainless, non-carcinogenic material and are used in the food industry," according to the Daily Nation.

He has since ordered investigations into their procurement.

In Kenya, public office is often seen as a route to personal enrichment, as US President Barack Obama noted in July while standing alongside President Uhuru Kenyatta as he visited Kenya.

"If they see an elected official and they know that their salary is there, and suddenly they're driving through town in a very big car, and they see their cousin driving through town with a very big car, and they're suddenly building a new house, and all that doesn't seem to match up with their salary, they don't have to be a forensic accountant to know what's going on," he said.