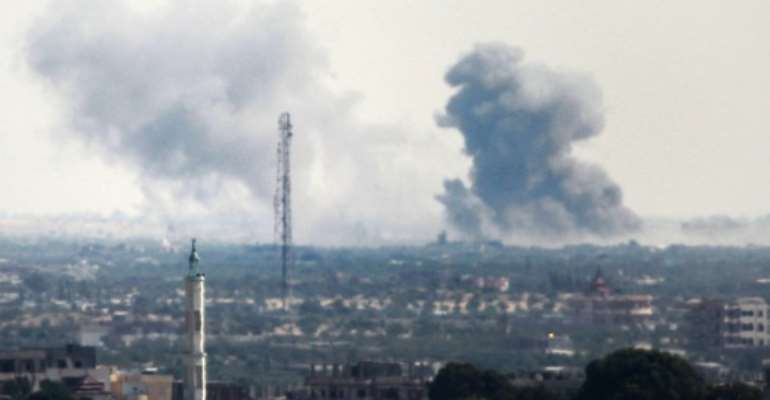 The army said it launched the operation on Monday morning to "eliminate terrorist elements" around the north Sinai towns of Rafah, Sheikh Zuweid and El-Arish.

It said in a statement that 29 jihadists were killed along with an officer and a soldier in the fighting.

The army often reports large death tolls among the insurgents but they are impossible to verify and there has been little noticeable impact on the ability of IS to carry out deadly attacks on the security forces.

In a statement the Islamic State's Egypt affiliate said it killed the two soldiers with a roadside bomb that targeted their vehicle as it left a military base with a large convoy.

Egypt has been struggling to quell an insurgency in the peninsula since the military overthrew Islamist president Mohamed Morsi in 2013.

The government says hundreds of police and soldiers have been killed, many of them in attacks claimed by IS's Sinai Province affiliate.

The operation came days after the Sinai Province released a video documenting its attacks on the military in Sinai, including footage of a wire-guided missile strike that destroyed a navy vessel.

The group has claimed several roadside bombings over the past two weeks, which the military has not commented on.

Under a new law, reporting details of militant attacks that contradict official statements can result in massive fines for journalists.

The law also empowers courts to bar the journalists from working in their profession for up to a year.