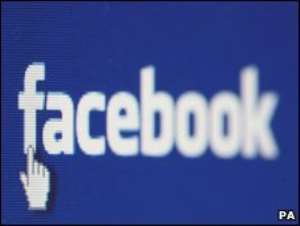 Alhagie Mam Seye, a Gambian citizen, has been charged with “uttering words with intent to wound religious feelings” after he shared a picture of Prophet Mohammed on Facebook.

Seye, whose case is currently before the Brikana Magistrate Court, has been accused of sharing a picture of Prophet Mohammed on Facebook on July 11, 2015. It is alleged that Seye shared the picture “knowing fully well that it would hurt the religious feelings of his followers and thereby committed an offence.” The said photograph reportedly showed Prophet Mohammed with a little girl on his lap. It is not clear if Seye created the photo.

According to MFWA’s sources in The Gambia, Seye was arrested on August 4 by a detective known as Nyassi following an online investigation by the Serious Crime Unit at the Police Headquarters in the capital, Banjul. Seye was taken to the Yundum Police Station, about 22 kilometres from Banjul.

Sources said that during interrogations, Seye admitted to committing the offence when the police asked him to open his Facebook account. The police reportedly printed the photo together with comments people had made on it. Later, however, he denied the charges against him but was still detained.

On August 20, he was granted bail after appearing in court. This was after lawyer L.K Mboge, who took up the case, appealed to trial magistrate Ebrima Jaiteh to grant Seye bail to enable him to go for medical screening.

“Your worship, I am applying for adjournment because I was informed that the accused person is suspected of mentally imbalance,” Mboge reportedly said. “I humbly apply to this honourable court to order the accused to the poly clinic in Banjul for medical examination, to know whether the accused is fit to stand trial.”

Magistrate Jaiteh subsequently granted Seye bail in the sum of 10,000 Gambian Dalasis (about US$240), with a Gambian surety, and also ordered that he be taken to a medical facility for the medical screening.

Seye case is yet another example of the increase in prosecutions and criminal sentences for persons who share their views or publish articles/pictures of Prophet Mohammed. On June 25, 2015, nine people were sentenced to death by a court in Nigeria, which found Abdul-Inyas, Hajiya Mairo (a woman) and seven others guilty of blasphemy against Prophet Mohammed. In December 2014, a court in Mauritania sentenced blogger Mohamed Cheikh Ould Mohamed to death for publishing an article on Prophet Mohammed.

Religious offences such as these violate freedom of expression and also freedom of religion. The MFWA appeals to the governments of West African countries to decriminalise apostasy, blasphemy, and other insult-to-religion offences.