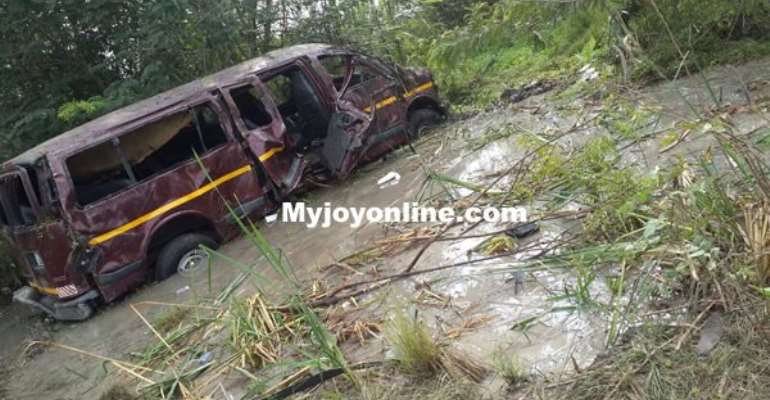 The National Security has begun investigations into the death of the Ghanaian Times reporter Samuel Nuamah in the accident involving the vehicle carrying presidential press corps.

The accident happened at Dawhenya when the bus was returning from Ho, where President Mahama had attended a programme organised by the Evangelical Presbyterian Church.

Most of the injured journalists who were sent to the 37 Military Hospital for treatment have been discharged.

However, seven are still on admission.
The Media Foundation for West Africa has called for an immediate probe of the president’s media managers.

Its Executive Director, Sulemana Braimah has questioned the amount of due diligence conducted before the vehicle was rented for the presidential reporters.

“Somebody must provide some answers, I believe that there are people at the Presidency whose job it is to facilitate the movement of people and how the Presidential Press Corps carry out their duties and such a person should be able to provide answers with regard why they had to go for a rented car.

“What is important is the kind of protocol the vehicle went through before it was rented”, he added.

President of the Ghana Journalists Association, Affail Monney also says the Association will demand answers from the Presidency this week on the circumstances which led to the accident.

“We are overly concerned about the issue surrounding the death of one of our own Samuel Nuamah. We were told that the bus was not suitable from this kind of assignment and we heard from one of our colleagues that the driver was speeding.

“Thes are issues worth probing and we have called a meeting with the Chief of Staff and these questions will be raised and answers will be demanded from the appropriate quarters”, he said.