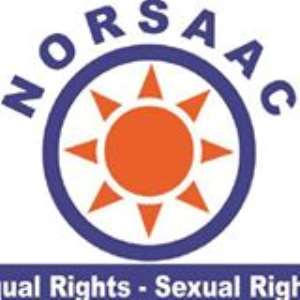 Tamale, Aug. 20, GNA - Ms Wasila Abdul Rahman, a Project Officer of NORSAAC, a gender advocacy organisation based in Tamale, has observed that some young girls seem to prefer early marriage to schooling.

She said although majority of the girls live with their families, a recent study, 'Let the Girls Smile: Say No to Child Marriage', has revealed that some of them opted for early marriage rather than pursuing their education.

Ms Rahman speaking in an interview with the Ghana News Agency in Tamale on Thursday said other girls also willingly migrate to big cities like Accra and Kumasi to engage in the 'kayayei' business instead of going to school.

He said many of the girls felt that schooling is not a lucrative venture as it takes too long to reap its benefits and that it is difficult to excel in education from the rural areas.

'It emerged that these girls rather pressurised their parents to allow them to marry', she said.

Ms Rahmann said in an effort to address some of these challenges, the project, which is supported by UNICEF is working closely with the department of Social Welfare, Ghana Education Service, Domestic Violence and Victims Support Unit of Ghana Police Service to reduce child marriage practices in 20 communities in Tolon and Mion districts in the Northern Region.

She said Children against Child Marriages clubs have been established in 20 junior high schools in the two districts where they receive training on various child marriage issues and its dangers.

Madam Rahmann said traditional/religious leaders and some community members are supporting the fight against child marriage practices by discouraging the practice among themselves and the children.

Akufo-Addo, Ken Take Ghana Back To HIPC – Mahama
25 minutes ago