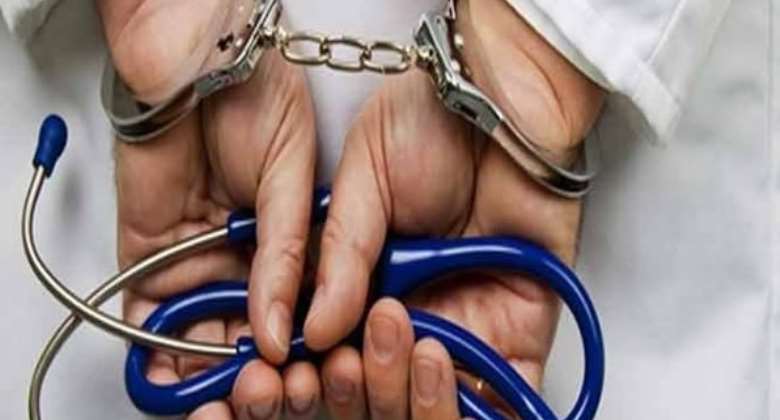 A 25-year-old man who posed as a medical doctor and attended to patients at the surgical ward of the Korle-Bu Teaching Hospital is in the grips of the police.

Suspect Ibrahim Nurudeen, who claimed he had the passion for the medical profession, was arrested by a staff at the hospital while in a doctor's apron heading towards the surgical ward.

A senior health officer, who noticed from his demeanour that he was not a qualified doctor, took the suspect to the administration before finally handing him over to the Korle-Bu police for prosecution.

Daily Guide gathered that Ibrahim Nurudeen, who claimed he had a degree in Agric from the University of Ghana, had posed as a medical doctor and has attended to patients for the past one month.

The paper gathered that the suspect borrowed the apron he wore from a friend who works at a health faculty at Dansoman where they both live.

The suspect then posed as a doctor and reported at the surgical ward of the Korle-Bu Teaching Hospital.

For the past one month, he often found himself a table where he mounted a laptop and attended to patients.

However, some of the health personnel at the ward started losing their mobile phones, money and other valuables, prompting them to become vigilant.

Yesterday morning while reporting for work, one of the senior medical officers spotted suspect Nurudeen in the lift heading towards their ward and became suspicious.

He then started questioning the suspect, who initially claimed he was a medical student.

When he was asked to show his identity card, the suspect could not and this prompted the senior medical officer to send him back to the administration to make enquiries about him.

On the way to the hospital administration, the suspect admitted that he was not a medical officer and was immediately handed over to the Korle-Bu police.

He is currently with the police assisting in their investigations.