Government Policies On The Education Front: My Take 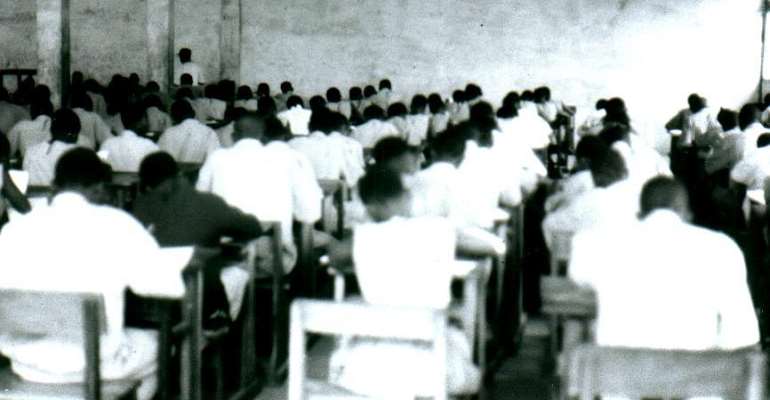 Education is regarded as the bedrock of any nation that seeks to propel its social, economic and political advancement. It is the tool that has catapulted many of the emerging world economic powers to where they are now. Countries such as China, the United Arab Emirates, Singapore and Malaysia are where they are now thanks to formal education. We mostly compare our dear country Ghana to Malaysia in most of our analyses because they are contemporaries. They are age-mates in the sense that they gained their political independence from the shackles of colonial imperialism at almost the same time. In present times, can we compare Ghana with Malaysia as far as economic and social development is concerned? The response is a big NO.

The question is: why? The answer lies in what Malaysia envisioned and put into practice. Malaysia did not become an industrialised nation overnight. Its industrialisation was and is still anchored on a solid and sound educational system. It is that educational system that has propelled most of these Asian countries to their current economic heights much to the chagrin and consternation of the United States of America, a so-called World Economic Power. Is it surprising that the recent global educational ranking by the Organisation for Economic Cooperation and Development (OECD) had the top five countries from Asia? Ghana occupied the 176th position in that ranking out of 176 countries.

Even in the midst of that ignominious rank, we still vaunt our educational system as one of the best. The best in terms of training students to memorise raw facts and regurgitate same in exams? Well, we are our own architects of our sorry educational system. Everything has been reduced to partisan politics. Partisan politics has eaten into every facet of our national life, including the oxygen we breathe. How pathetic!!! In the run-up to the last election, the major issue that took centre stage in the political discourse was Free Senior High School Education trumpeted by the main opposition party, the NPP.

This was shot down by the ruling government asserting that the nation had no resources to embark on Free SHS education. Other reasons for repudiating the policy by the ruling government were that the quality of education and access to education should be tackled first before the issue of affordability. I agreed with the government then. But now, I don’t subscribe to the government’s intention to implement the Free SHS Policy in the next academic year and these are my concerns: has the quality of education of Ghana improved between 2012 and now? How far has the issue of accessibility been dealt with? Government has promised to build 200 Community Day Senior High Schools by the end of 2016. How far have works on these projects progressed? As far as the white matter in my coconut serves me right, government cut the sod for the construction of the first fifty schools earlier last year. I am yet to read or hear any report on the completion of these projects and whether the construction of the remaining schools have commenced.

Meanwhile, the minister of education, Prof. Jane Naana Opoku_Agyemang, announced this week that the Free SHS Policy will kick start next term. We seem not to know what exactly to do with our educational system. We make reforms at the whims and caprices of the powers that be. Our educational system is akin to a rudderless ship on the high seas. It is blown to any direction as the politicians wish. Where are we headed for with this?

We are made to belief that basic education in this country is free. Really? Is it free on paper or it is free on the ground? Day in day out, pupils/students are required to pay one levy or the other. Capitation grants for the basic schools are in arrears. The school feeding programme meant to attract and retain children in schools is crawling on its knees and you are telling us SHS Education will be free, Honourable Minister? About two weeks ago, about 72 or so public SHS threatened closing down. Their reason? They were indebted to their creditors who supply them with food stuff and ingredients, thanks to the non-payment/delay in the payment of the subvention for feeding. At the beginning of the third term of this academic year, public SHS in northern Ghana delayed their re-opening for about a week. The reason was that the subvention for feeding popularly known as Feeding Grant was not paid. This is not a novel situation; this repetitive delay in the release of feeding grants has been as old as floods in the capital. The only difference is that whereas the Accra flooding is an annual event, the delay in reopening of schools is a termly ritual, thanks to the delay in release of funds.

In the midst of all these challenges confronting the education sector, government rather is fixated on fulfilling electoral promises made in the last elections. Apart from the 200 Community Day SHS, the government also promised to build ten Colleges of Education and a public university in the Eastern Region, the University of Environment and Sustainable Development. The bill for this university was read in parliament last week. One curious thing is: we already have the University for Development Studies (UDS) headquartered in Tamale with various campuses across the length and breadth of northern Ghana. We have the fledgling University of Energy and Natural Resources (UENR) in Sunyani. It would be prudent to open up a school in any of the aforementioned universities to deal with the environment and sustainable development issues. Do we have to dot the whole country with upgraded SHS’s in the name of accessible university education? What are we using our heads for, if I may ask? Couldn’t we have saved cost by placing this Eastern Region University either UDS or UENR? Are we doing things simply because we promised the electorates? What’s the point setting up universities that specialize in churning out unemployed graduates? Our politicians are always quick to aver that university education is not meant to give one a job after completion of studies and you wonder what they are doing in public offices. If it is so easy to employ oneself, why do they bribe electorates to win elections by book or crook? Let’s stop deceiving ourselves. Others will also vociferate that the new university would open up job opportunities both directly and indirectly. That’s a fact that no one would controvert. However, the timing is palpably wrong. The economy is in dire straits and the only thing we should be thinking of in these hard times is how to extricate ourselves from this quagmire rather than putting limited resources into ventures simply because they reward politically.

My humble but unsolicited suggestion to the President, H.E. John Dramani Mahama, and the minister of education who is better placed to advise the president on educational matters is to suspend the setting up of the new university for now. The planned roll-out of the Free SHS policy should also be proscribed immediately. The country is not ready for this policy now. There are reported cases of lack of teaching and learning resources such as chalk, attendance registers and even report cards in our schools across the country. If these obvious challenges are ignored and the government goes ahead to implement the free SHS policy, it will exacerbate the plight currently bedevilling the education system with its concomitant effect on national development.