Pregnant teenagers at Kissi to be paraded through town 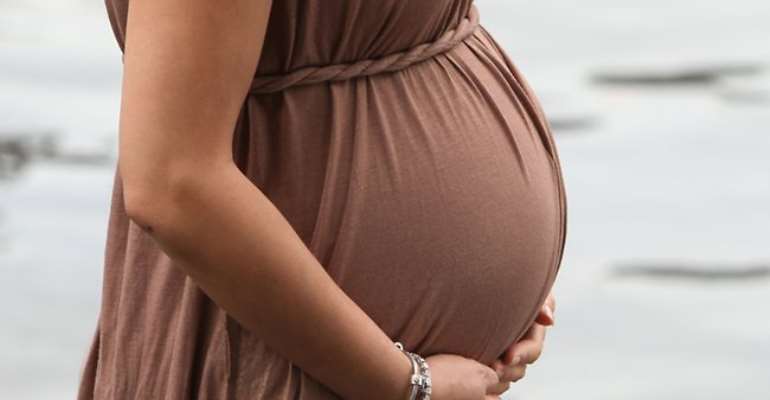 Kissi (C/R), June 17, GNA - As part of measures to discourage teenage pregnancy at Kissi in the Komenda- Edina-Eguafo-Abrem Municipality of the Central Region, henceforth, parents of pregnant teenagers would parade them through the town.

Nana Efua Badu II, the Queen of the town, who announced the sanction, also warned that the men responsible for the pregnancies would be part of the procession through the town to shame them to serve as a deterrent

Nana Badu, who sounded the caution at a Community Forum on "Adolescent and Sexual Reproductive Health, Teenage Pregnancy and Sexual and Gender Based Violence (SGBV)", held at the town's market square, on Tuesday, said the high rate of teen pregnancy in the area was a source of worry to her.

Organised by the Central Regional Directorate of the Department of Gender, with sponsorship from the United Nations Population Fund (UNFPA) Ghana, the forum intended for school pupils in the town, attracted many passers-by and traders.

The people exhibited their excitement over the decision by cheering and applauding spontaneously when the Queen made the announcement.

Nana Badu, who presided over the forum, noted that the procession of the pregnant teens and their partners would compel irresponsible parents to change, whilst teenagers would be discouraged from indulging in premarital sex.

The rate of teenage pregnancies in the town, she stated, was soaring by the day, though she could not readily give statistics, she expressed worry that girls as young as 11 and 12 were getting pregnant in the area.

To safeguard the future of the teenagers, therefore, no stone would be left unturned to reduce, if not end the phenomenon in the town, she emphasised.

The Central Regional Guidance and Counselling Coordinator of the Ghana Education Service, Mrs. Bridgette Baaba Nzima-Mensah, in an interview, said GES counselors in the Region had formed an association, to among others, combat teen pregnancy.

High on the agenda of the association, she said, was to advocate the outright dismissal of male teachers who impregnate pupils, instead of them being transferred to other districts to continue their diabolitical acts.

She said the office sometimes received reports of teachers impregnating their pupils; she said the pupils and their parents often did not have the courage to report the cases for necessary action to be taken.

She reminded teachers that impregnating a pupil was against the GES Code of Ethics, it was also a criminal act so her office would also ensure that any reported culprit would face prosecution in admission to the dismissal.

Ms. Agatha Baaba Forson, a nurse and a Senior Project Officer of the Planned Parenthood Association of Ghana (PPAG), who spoke extensively on Teenage Pregnancy, said a major cause of teenage pregnancy was lack of parental care and control.

She, therefore, urged parents to make the welfare of their children their topmost priority and advised children to open up to their parents about issues related to sex instead of talking to their peers, who were equally naÃ¯ve.

Ms. Paulina Abayage, the Regional Director of the Department of Gender, speaking on Sex and Gender-based Violence, criticised the unnecessary ridicule and harsh treatment society subjected victims to, and urged for a change of the status quo.

She said it was not easy for the victims, especially of defilement and rape to open up and so it was the responsibility of members of the society to comfort and seek justice for them.

She advised young girls not to hesitate in reporting those who made sexual advances at them to their parents.