Gov't pays over ¢500,000 for treatment of burns victims in June 3 disaster 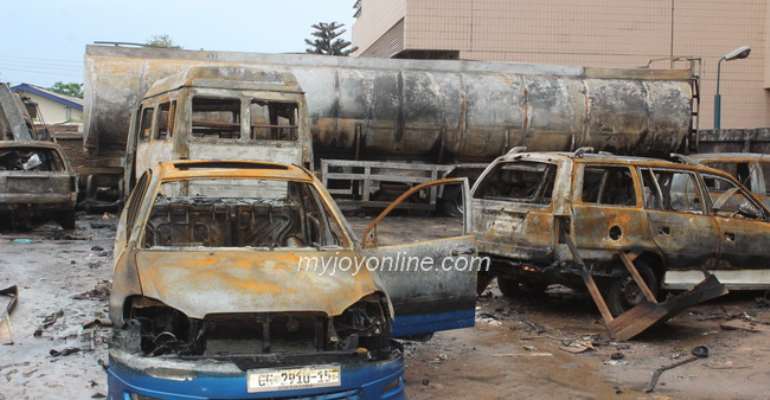 Four public hospitals treating those injured from the June 3 fuel station explosion at the Kwame Nkrumah Circle have received more than 500 thousand cedis to enable them provide adequate treatment.

The amounts paid is in fulfillment of a pledge made by the President that burns victims will be catered for free of charge.

Over 150 people died from the floods and fire explosion with dozen other sustaining varying degrees of injuries and burns.

The amounts allocated to the hospitals are based on severity of the burns, depth of tissue damage, location of burns and associated injuries like fractures, sprains from falling and general injury from the floods.

However some victims were said to have already made part payment for the treatment but the Deputy Minister said the cases of those victims would be looked at by the NHIA.

Meanwhile one of the 16 burns cases taken to the Korle-bu Teaching Hospital has died. Eleven others have been treated and discharged. Four remain on admission.