Africa in the dock at the International Criminal Court 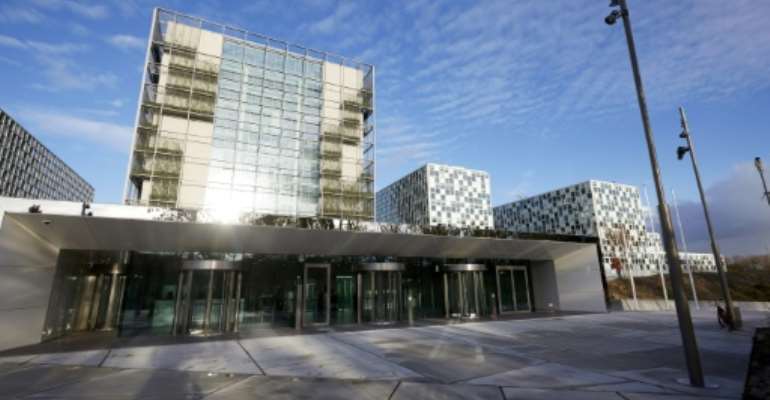 The International Criminal Court (ICC) in the Dutch city of The Hague. By Martijn Beekman (ANP/AFP/File)

THE HAGUE (AFP) - The International Criminal Court -- dealt a blow Friday with South Africa's decision to withdraw from the tribunal -- has launched nine investigations in eight African countries since its establishment in 2002.

A 10th was opened in Georgia, the only country outside Africa.

Here are details of the main indictments and cases before the world's first permanent war crimes court.

Congolese rebel warlord Bosco Ntaganda went on trial in September last year on 18 war crimes and crimes against humanity charges. Ntaganda -- nicknamed "The Terminator" -- has pleaded not guilty to the charges related to atrocities committed by his Patriotic Forces for the Liberation of Congo in 2002 and 2003, including using child soldiers and sex slaves.

The ICC sentenced Congolese warlord Thomas Lubanga in 2012 to 14 years in prison for conscripting children into his rebel army in 2002-2003, its first ever verdict. It upheld the decision on appeal in December 2014.

Ex-militia leader Mathieu Ngudjolo Chui was acquitted in December 2012 over a 2003 village massacre. However, another former militia leader Germain Katanga was sentenced in May 2014 to 12 years over the same attack.

Warlord Sylvestre Mudacumura, military commander of the Democratic Forces for the Liberation of Rwanda (FDLR), is wanted for crimes committed in the volatile eastern Kivu region.

Former DRC vice president Jean-Pierre Bemba was sentenced in June to 18 years behind bars for atrocities committed by his rebel army in the Central African Republic in 2002-2003. Bemba was found guilty on five charges of war crimes and crimes against humanity committed when his militia troops were sent to bolster the then government against a rebellion.

A second probe was opened in September 2014 into an "endless" list of atrocities committed by armed militias since August 2012.

Former president Laurent Gbagbo is in custody on four counts of crimes against humanity over months of deadly fighting that erupted after he refused to accept defeat in a 2010 presidential election. His youth leader, Charles Ble Goude, is also in ICC custody. Their trial started on January 28.

An arrest warrant for Gbagbo's wife Simone, who was sentenced to 20 years in prison in the Ivory Coast for harming state security, has also been issued. The country has refused to transfer her to The Hague. She is currently also on trial for crimes against humanity in Abidjan.

Prosecutors in late 2014 dropped a crimes against humanity case against President Uhuru Kenyatta for his alleged involvement in deadly 2007-08 post-election violence.

Currently in custody in Libya, Moamer Kadhafi's son Seif al-Islam is accused of crimes against humanity for his alleged role in the repression of the popular uprising which led to the fall of his father's regime in 2011.

Libya and the ICC are competing for the right to judge him.

Malian jihadist Ahmad al-Faqi al-Mahdi was sentenced to nine years for demolishing Timbuktu's fabled shrines in a landmark ruling seen as a warning that destroying mankind's heritage will not go unpunished.

President Omar al-Bashir, 72, was indicted in 2009 after a UN Security Council referral, on charges of war crimes and crimes against humanity over the conflict in the western region of Darfur. The following year he was charged with genocide over events in Darfur, where more than 300,000 people have died since 2003. Five other people are on the ICC's wanted list. Bashir continues to travel around the continent, despite an obligation by ICC member states to arrest him.

The ICC issued arrest warrants for Joseph Kony and other commanders of the Lord's Resistance Army (LRA) in 2005 for crimes against humanity and war crimes, including the use of child soldiers and sex slaves. Senior LRA commander Dominic Ongwen's trial is expected to start on December 6.

ICC judges in January gave the chief prosecutor permission to launch an investigation into alleged war crimes committed in Georgia during its 2008 war with Russia over the Moscow-backed breakaway South Ossetia region.

Bensouda has also launched preliminary investigations into alleged crimes in Afghanistan, Burundi, Colombia, Gabon, Iraq, Palestine and Ukraine, as well as in Guinea and Nigeria.

"When no-one else is doing justice for the victims, my office will fulfil this duty," she once said.

"We will not abandon the victims of atrocity crimes, not in the Democratic Republic of Congo, not in Africa and not in any of the 124 countries around the world which are members of the ICC."