Government sure of a boost in cocoa production 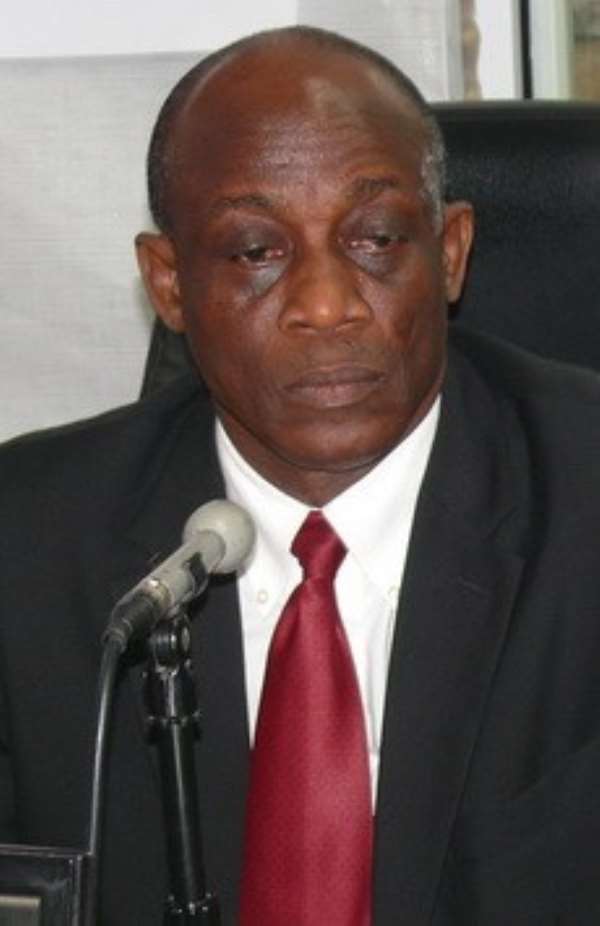 Mr Seth Tekper
Accra, June 10, GNA - Government says it is convinced that cocoa production would increase in subsequent years despite the setback in 2014-2015 production season.

Speaking at the opening session of the International Cocoa Organisation (ICCO) seminar in Accra, the Minister of Finance Seth Terkper said though there are indications that crop production would be lower than last year, the various initiatives being undertaken by Ghana Cocoa Board (COCOBOD) to support farmers, would help revive production.

The measures, he said, includes sustained good agronomic practices, increased use of fertiliser and other interventions for the intensification of cocoa production.

The four-day International Seminar on the Development, Implementation and Evaluation of Cocoa Projects, is intended for relevant officials and policy makers from ICCO exporting member countries involved in cocoa development programmes, not-for profit development institutions and the private sector.

The seminar also aims at strengthening the skills of relevant officials in cocoa-producing countries to develop and implement cocoa development projects.

Mr Terkper, in a speech read on his behalf, said the government has continued to provide the needed incentives which has enabled cocoa farmers to consistently increase the annual cocoa production.

'An examination of the annual production figures shows that cocoa production has been and will continue to be on an upward trajectory,' he said.

Mr Terkper said the attainment of greater heights would require policies and projects that have the potential to make positive changes in the structural relations and expectations across the entire value chain.

He expressed the hope that the seminar would enhance the ability of stakeholders to plan and implement projects needed to make the desired impact on the cocoa value chain.

Dr Jean-Marc Anga, Executive Director ICCO, said such seminars are one of the vehicles through which positive changes could be made in the industry in member countries and enable farmers to derive more income from their labour.

In this direction, he said, there is the need for experts in cocoa producing countries to adapt their expertise, strengthen their capacities and be able to tailor project proposals.

Dr Anga said global cocoa supply would not be met because of increasing demand and the low output from countries like Ghana.

He said just as cocoa prices experience volatility, national cocoa production could go up and down as the variations are caused by factors such as bad weather, pests and diseases that are beyond anybody's control.

However, Dr Anga said, because the global cocoa industry stands at the crossroads at the moment, given the perception that demand is likely to increase in future years and also taking into account the position of the Ghana cocoa sector at the global level, 'we believe that these issues need more attention.

He said the ICCO has confidence in the ability of government and Cocobod saying 'the ICCO is fully behind Ghana to sort out the problem facing the sector and very soon Ghana would be back to its position'.

Dr Stephen Opuni, Chief Executive Officer of COCOBOD, said the Board is at the latter stages of completing its Cocoa Sector Development Strategy Document II for a 10-year period until 2025.

He said to be able to achieve the objectives of the various cocoa sector development policies, there is need to develop an appropriate working plan to achieve the stated goals.

‘We Won’t Tolerate LGBTQ+’ —Ga Chiefs back criminalization b...
7 hours ago