Does He Still Have The Shameless Audacity To Make Noise – Paul Afoko? 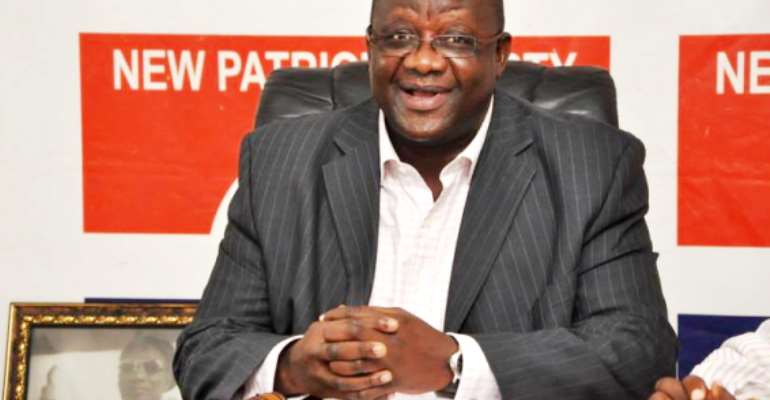 When the wise one speaks, there is normally no murmuring thereafter. However, Mr Paul Afoko, instead of being very appreciative of Nana Akufo Addo’s candid initiative to forestall the disintegration of NPP and probably execution of threats of all sorts against him (Paul Afoko) and Kwabena Agyepong, he is behaving otherwise. He is accusing Nana Addo of failing to invite him and Kwabena Agyepong to the press conference organised by Nana to bring sanity into the current crazy situation of NPP.

Mr Afoko should have known better. It was for his own good and safety that he was not invited to the press conference. First, Nana had the obligation to calm down tempers since people’s anger against Paul Afoko and Kwabena Agyapong is very high. There are always invisible forces operating in any such tempestuous situations. Would Nana not be accused of deliberately arranging the press conference to have Paul Afoko and Kwabena Agyepong assaulted, maimed or killed if they were invited and any such fate had accidentally or co-incidentally befallen them?

Now that Nana has managed to calm down all those previously angry at Paul Afoko and Kwabena Agyepong, he can in future invite them to press conferences and other official party meetings.

I am sure Kwabena Agyepong has now realised that he cannot be taller than NPP, with all his bragging. He has now been cut to size or he will soon be. He can no longer continue to be the suspected mole in NPP. Is it not only an imbecile that will walk about with a walking stick taller than them? Nana Kwame Ampadu, a famous and popular Ghanaian musician well said in his song, “me poma yie…” that if your walking stick is taller than you, see to cut it to size.

If Paul Afoko and Kwabena are not yet goners, they will soon be as long as they have lost the confidence of all discerning members of NPP.

I will not comment any further because Nana Akufo Addo, like all other serious NPP members, has appealed to us for prevalence of unity and calm within NPP to dissuade our political rivals, especially NDC, from pulling NPP apart, limb by limb.

The shameless NDC government and party still dream of winning election 2016 upon all their corruption, incompetence and mismanagement of Ghana, as never seen in the annals of Ghana’s socio-politico-economic emancipation. This could only be possible with the assistance of the moles in NPP of whom Kwabena Agyepong and Paul Afoko may be suspects, and the intended rigging of the elections as may be facilitated by the Electoral Commission-assisted bloated voters register.

God will pave a way out of this impasse for NPP. Things will never remain the same – difficult and uproarious. The whirlwind will eventually settle to the amazement and joy of all currently disturbed faithful members of NPP, their sympathisers and the suffering Ghanaian masses aspiring to witness the end of President Mahama’s NDC government come December 2016.