Kpando Municipal In Massive Rot...As Pressure Group Demands The Removal Of MCE Over The Sale Of ECG Poles

By Iddrissu A. Jara, The Al-Hajj 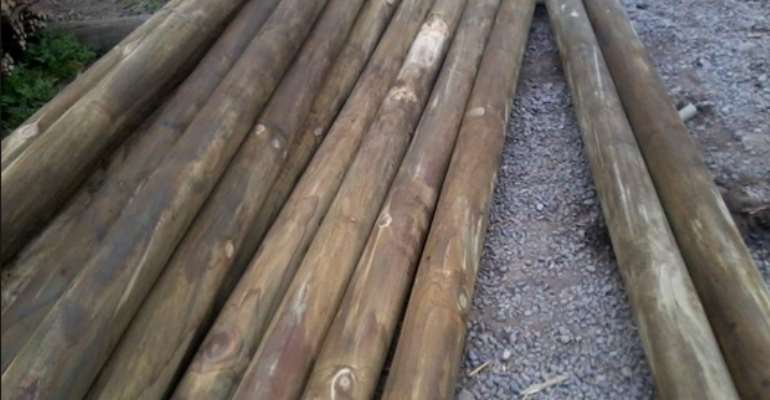 A pressure group known as Youth Watch for Accountable Governance has called on the President John Dramani Mahama for the immediate removal of the Municipal Chief Executive (MCE), Mrs. Delali Paulina Adinyirah of the Kpando Municipal Assembly.

According to the pro National Democratic Congress (NDC) pressure group, the conduct of the MCE in running of the Assembly has been marred with corruption and incompetence.

In a statement signed by the General Secretary of the group, Mr. Elvis Atta indicates that the Municipal Assembly has been under intense critism by both members of the ruling NDC and opposition parties due to the number of corruption activities going on the municipality.

The statement cited the recent sale of electricity poles meant for the rural electrification to the poor villagers of Konda community by the MCE and her associates.

The statement further detailed that the poor villagers paid an amount ranging from one thousand to two thousand five hundred Ghana cedis for the pole and connection to the national grid.

Meanwhile, the MCE in a show of power directed one Mr. Francis Ocloo, her close associate to collect monies from the villagers of Konda where rural electrification was ongoing. Mr. Ocloo then admitted collecting monies from the people but revealed that he was instructed to do so by the MCE.

But the MCE in a response defended the extortion of monies from the villagers, adding that those monies were meant to buy food for the contractors and workers working onsite, which according to our source at the Ministry of Power was unacceptable since government had paid the contractor all monies including that of their food.

The residence of Konda community in the Kpando Municipality of the Volta Region became out spoken and angry on issue concerning the sale of electricity poles in the area.

It was reported in media in March this year that some NDC top officials in the Kpando Municipality were been alleged involvement of unscrupulous acts which includes the sale of ECG poles meant for rural electrification project in the area.