Is The Church An Ally In Fighting Corruption Or An Accomplice In The Crime? 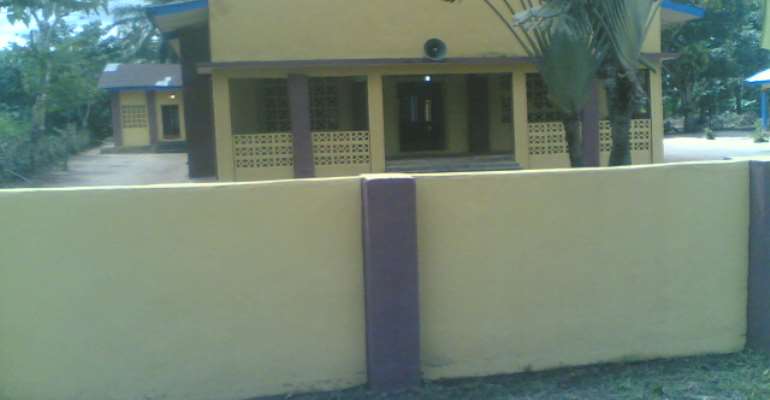 ‘Abortion is a crime’! That’s the title of a song by the popular Ivorian Musician, Alpha Blondy. But today, it is corruption, as it pertains in our dear country, Ghana, and in particular the church’s role in either its perpetration or the fight against it that I want to write about. Corruption (in Ghana, as elsewhere) is a crime, and a bloody, bloody crime at that, as Alpha Blondy puts it.

But one may want to ask: ‘and what has the church got to do with it?’ My answer to that question would be: a whole lot. Or perhaps I may be wrong and the church is only a passive onlooker either way. Then again, one may ask – especially if that person is not a Ghanaian or doesn’t live in Ghana – why I’m attempting to connect the church with an issue which shouldn’t under normal circumstances be associated with it in any way. My answer would be that it is because the church is one of the most influential institutions in Ghana.

If You Forget Your Wallet, Please Don’t Go There

One important observation I made after attending church service in Ghana after a long period of absence is that if you’re on your way to the church and you realise you’ve forgotten your wallet, handbag or you don’t have any cash in your dress pocket, please go back home otherwise you’ll be seriously embarrassed. It doesn’t matter if you forget your Bible or Hymn Book. I recall that years back when I used to attend church regularly the collection bowl was passed around for people to put in their money. What I came back to meet is that church collection is no longer a voluntary affair as it used to be in those days. Now, to ensure that not even the smallest fish escapes from the ‘tax net’ there’s an Ussher at one end of the pew to remind you that those days when you could go and listen to the Word of God for free are gone for ever. But I’m a firm believer in the ‘pay-as-you-consume’ concept and therefore have no complaints about this. Actually I believe the state could take a cue from the church in ensuring that the tax net is as escape-free as church collection.

The other observation I’ve made over time about church collection is that it is now the exception rather than the rule when it is taken only once. In fact whenever that happens it’s significant enough for it to be announced. It is in the way the second collection – always in some form of an appeal – is done that I have a problem with though. In days gone-by what you gave to the Lord was supposed to be only between you and your God. That’s no longer the case. Now, in God’s own house, the Church offers a good platform for people to show who are in a position to pay more and those who, whether as a result of poverty or whatever reason, will pay less or nothing at all. Depending on the locality of the church (urban or rural area), the purpose of the appeal, and the calibre of the congregation the call to pay may start with those who can afford GHC500.00 for example, and go all the way down to the ‘ketewa biara nsua’ (no amount is too small) or ‘One Cedi and above’ category. And indeed, on most occasions special prayers are said for those who pay the highest. In other words, no money, no special prayers, and it is the depth of your pocket that determines the type of blessings you receive.

Annual Harvest Used to be a One-Day Affair

I vividly recall the days in my early childhood in rural Ghana and what the annual Church Harvest meant to the village. It was a big social event always held around the Christmas week on a park under canopies created out of palm fronds. In this modern Ghana it could be a five-in-one event organised over a couple of months. The first day is set aside for only the ‘Launching’ of the harvest. Apart from the usual ‘appeal for funds’ as described above the main event on this day is to unfurl and display the special banner indicating the other harvest days and also the target for the year. And it is worth noting that the banner is unfurled only by people who have responded to a call to pay specific sums of money. After the Launching comes (2) the Children’s Harvest, (3) the Women’s Harvest, (4) the Men’s Harvest and then the big one, (5) the Main Harvest. In other words, five separate days for an Annual Harvest!

Chairmanship For Sale to Who Can Pay

What I remember when I was growing up is that the church would select one prominent personality – whether from within the church or outside – as Chairperson for the Harvest. On the day of the event either the Choir or Singing Band would go to his/her home and escort him/her to the harvest grounds. This time around, the chairmanship is for sale to only those who can afford to pay specified sums of money and there is no limit to the number of persons who can be Chairpersons for any one occasion. If it is 20 people who respond to the call to pay GHC500.00 (or as may be determined) to become chairpersons we end up with 20 Chairpersons being called one-by-one to come and sit in front of the congregation. And in descending order lesser sums of money are paid by those who want to become Vice-Chairmen, and then again, ‘Supporters’. What happens in the end is that there may not even be enough room to seat all the Chairpersons, Vice-Chairpersons and Supporters in front and facing the congregation. Where in this world, if I may ask, is money-power the sole criterion for selecting the chairperson of an event or occasion?

How Did We Get Here?
I am of the opinion that Ghana’s descent into this era of corruption-for-all started from the time our society came to adore wealth no matter its source. We have created a society in which people have to let their wealth show before their very presence would be recognised. And rather than take steps to discourage it, at least among its members, the church is now an active participant in the promotion of this culture. Especially in the rural areas, whenever a new face appears in church – for example a Minister, MP, a ‘returnee’ townsman, or a ‘celebrity’ of some sort is around – appeal for funds takes a completely new dimension. In fact they behave almost like the Adowa dancers do when soliciting for money from people.

The basis for all this is not any different from what motivates other ordinary Ghanaians to use every means to get rich within the shortest possible time – i.e. the appetite for people to live beyond their means. The late Nigerian Afrobeat Musician, Fella Kuti, in one of his songs claims that in the many villages and towns in Africa that he travelled to it was the Pastor’s dress and house that ‘fine pass’. And as if to prove Fella’s point one prominent ‘Man of God’ in Ghana is reported as claiming that if Jesus were to be alive now he would be wearing designer suits, driving the most expensive cars and living in huge mansions. And isn’t this what we see all around us?

It is an accepted fact that one of the surest ways to become rich in Ghana nowadays is to start a church, ‘dum-sor’ notwithstanding. And the evidence is quite clear judging from the lifestyle of the ‘Founding Owners’ of these new churches which are springing up all over. The irony though is that while these ‘Men of God’ become richer, and richer, their loyal followers continue to be poorer and poorer.

The influence of the church on our society is so huge that if they really wished, they could, through their teachings, and even more importantly, by their own practices, put in more serious efforts in fighting corruption half the battle would have been won. Rather unfortunately, in the current state of affairs much of what goes on in the churches themselves tends to create the impression that they are rather accomplices in the practice. This is simply not the best.