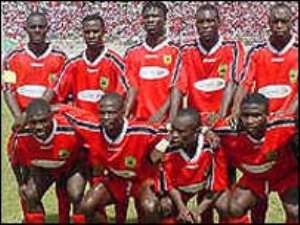 The Black cats defied all odds to put up a spirited performance and ensure they earned a priceless point against Arsenal to confirm their Survival.

Kotoko themselves have endured a torrid first half of the season that saw them pinged to a managerial shake up with Mas- Ud Dramani being replaced by highly rated David Duncan.

“It's been quite a hectic season but you have mustard courage to pull through this difficult period congrats,” the clubs official handle twitted

Kotoko have been Ghanaian Champions for the last three season but face a herculean task of retaining their title after a difficult first half of the season.