A Choice For Irish Republic 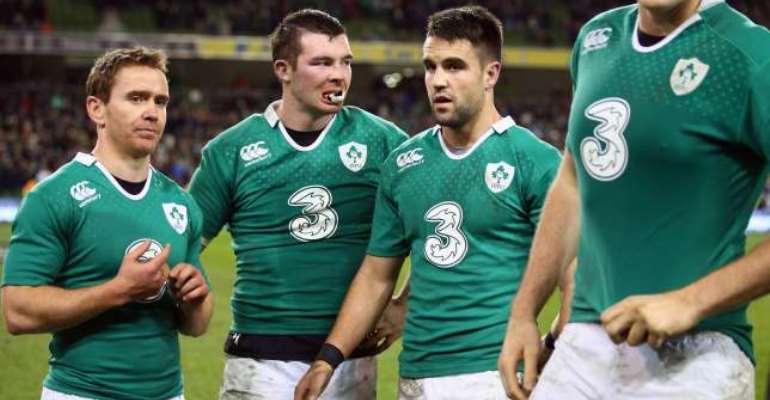 Dear reader,
Today is the last Sunday service before the Republic of Ireland goes to poll on 22/05/15 to choose whom to serve! The people of Ireland will choose between good and evil; between obedience and rebellion, and between the Lord of hosts and Idolatry.

On that day, Ireland will choose to stop homosexuality, a crime against our creator or they will vote to accept homosexuality knowing full well that ‘homosexuality’ will ultimately become an Irish Identity. This is not the first time humanity is faced with this kind of choice.

Joshua was the great leader in Israel who succeeded Moses after Moses went to be with the Lord. Before he passed away and just as a true leader and loving father would to his children, Joshua gathered all the tribes of Israel to Shechem; he called for the elders of Israel, and for their heads, and for their judges, and for their officers who responded and presented themselves before Adonai-Joshua 24:1.

Joshua summed his sermon with the following query: “…And if it seem evil unto you to serve the Lord, choose you this day whom ye will serve; whether the idols which your fathers served that were on the other side of the flood, or the idols of the Amorites, in whose land ye dwell: but as for me and my house, we will serve the Lord.”- Joshua 24:15.

The people of Ireland should be immensely thankful to the Lord for providing the kind of leadership that gave in to offer an opportunity for Irish people to have their say and way via a referendum. Ireland should rejoice given that the world of believers is stoutly behind them. But even it happens no one is with you, Ireland should know that throughout human history, no human has ever been put to shame, which has willingly chosen to serve the living Lord!

The history of the Israelites, the leadership offered by Joshua and his officials and the attitude and response of the people of Israel should be an encouraging lesson for Ireland. From the early days of the republic, the people of Ireland had known and served the only living Lord both in truth and in spirit; a good number of them still do so to this day; from inception and every now and again, Ireland has faced rigorous and spine wrenching challenges, yet they were able to pull through not by their own power nor by their own might, but by the grace and mercy of the Lord.

Here is the humbling response from the children of Israel to Johsua’s request: “…And the people answered and said, the Lord forbids that we should forsake the Lord, to serve Idols; …therefore will we also serve the Lord.”-Joshua 24:16-21.

Just as the Israelites knew, Irish people need to know that Adonai is a holy Lord-Psalm 99:9; He is a jealous Lord who neither tolerates our transgressions nor our sins-Deuteronomy 6:15. It is too late for Ireland to forsake Adonai and serve idols. To serve the Lord in truth and in spirit is to reject sin in our lives; to serve the Lord in truth is to say a whole hearted NO to the plan to incorporate and nationalise Homosexuality in Ireland on 22nd of May 2015.

One realizes that much confusion has been sown into some hearts, that homosexuality is just a congenital physiological condition! The deception in this position lies in the staggering number of homosexuals who have found out the extent they have destroyed their and other people’s bodies and chose to come out of it; they appropriately identified with their real nature ‘as man’ and ‘as woman’.

These are people, some of whom, at the height of their habit, paraded the ‘congenial physiological condition’ mantra as a simulated legitimacy for them to fit into the practice. It is heart warning and glory to our Lord that some of them are now calling for help for others still stranded in it. But even if homosexuality is a congenital physiological condition as some homosexuals allege, the scripture still says homosexuality is an extreme sin we must abandon-Genesis 19:1-3; Leviticus 18:22; 20:13; Romans 1:26-17; 1 Corinthians 6:9.

Our Lord and father, in the name of your son, do not forsake the people of Ireland and all who believe in Yeshua; we remain confident and are not afraid because we know that this battle is yours-2 Chronicle 20:15. In your own way Lord and for your glory, smother this plan to nationalize this scourge in Ireland and in other nations; set free Lord, our neighbours who for whatever reason are still trapped in this habit! Amen.