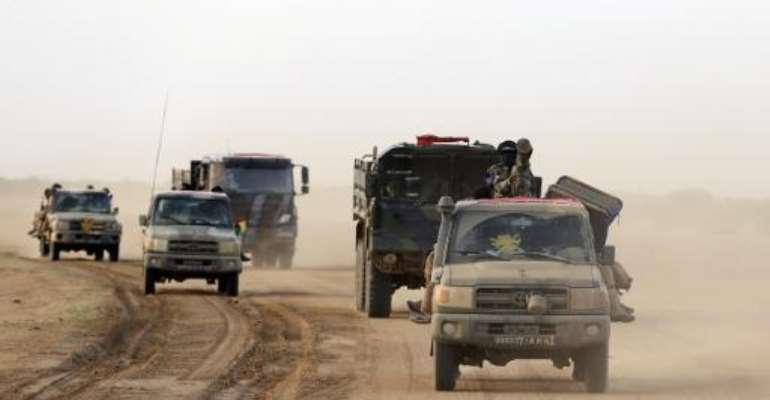 Malian soldiers patrol on a road between Kidal and Gao on July 29, 2013 in northern Mali. By Kenzo Tribouillard (AFP/File)

"During an ambush of the Malian army by the rebel Coordination of Azawad Movements (CMA) between Timbuktu and Goundam on Monday morning, eight Malian soldiers were killed and several wounded," an official from a charity in the area told AFP.