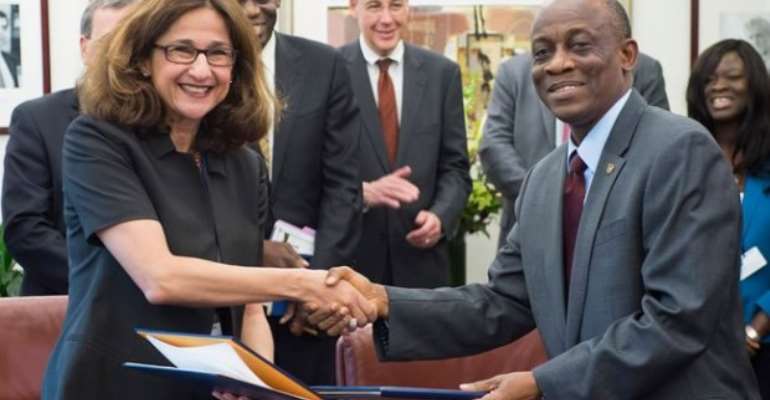 The International Monetary Fund (IMF) has indicated that it will disburse the second tranche of $114 million to the Government of Ghana in the first year of a 3-Year Extended Credit Facility (ECF) agreement it reached with the latter.

Thus for a period of three years, the Fund has agreed to part with $914 million (SDR 664.2 million) to help Ghana deal with the various challenges.

The first tranche of $114 million (SDR 83.025 million) was paid into the Bank of Ghana's account on April 14, 2015 and the last tranche for this year is expected to be released in November. Total disbursements for the first year is supposed to be SDR 249.075 million and an equivalent of SDR 415.125 million within the second year.

In a report initialed by the Managing Director of IMF, Christine Lagarde, she noted: 'The right of Ghana to request further disbursements during the second and third years of this arrangement shall be subject to such phasing and conditions as shall be determined in the context of reviews under the ECF arrangement for Ghana.'

Government has been dealing with rising public debt, cedi depreciation, high inflation rates, deepening power crisis and a host of economic problems since it assumed office.

However, it continues to give promises to Ghanaians that the situation would improve.