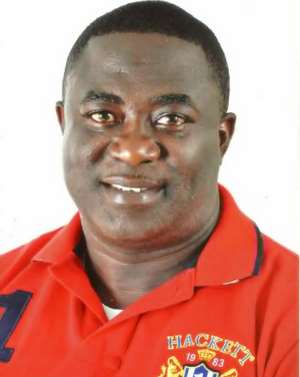 THE GREATER Accra Regional Minister, Joseph Nii Laryea Afotey-Agbo, has threatened to use his position to cause the transfer of most police officers, including the officers of the Ashaiman Divisional Police Command, to remote areas in the country.

According to the minister, who is the Member of Parliament (MP) for Kpone-Katamanso, his reason stemmed from investigations he conducted which he said showed that the law enforcement officers had been influenced by certain people to perform unprofessionally.

Mr Afotey-Agbo, who is also the chairman of the Regional Security Council (REGSEC), made the disclosure when he called on the family of the late Ruth Ankomah, the seven-year-old girl who was allegedly killed by a 20-year-old Togolese mason, Lucas Agbadzi, in a container at Atadeka, a community in the minister's constituency. The Minister gave Ruth's family GH¢1000.

'I have confidence in the police commanders but Ashaiman is not part. I want them to get out or transferred from the area so at least when issues come out, there will not be any compromise and they will not look at their relationship with people involved. Strategically, logically and naturally, that is what should be done. As chairman of REGSEC, this is the advice I give them,' the minister stated.

GRABBED! Lucas Agbedzi
According to him, when some police officers stay in an area for too long, they end up being compromised by unscrupulous people for their selfish interests, adding that 'I am the ground master and I know what I am talking about.'

The minister said he would ensure speedy investigations into the murder of the primary one pupil for the perpetrators to face full rigors of the law.

It will be recalled that the Greater Accra Regional Minister was recently accused by some police officers of causing the transfer of the entire policemen at the Motor Traffic and Transport Department (MTTD) under the Ashaiman Divisional Police Headquarters for supposedly arresting commercial motorbike operators, popularly known as 'okada.'

Meanwhile, the Criminal Investigations Department (CID) in Accra has taken over the murder case from the Tema police command upon the advice of Nii Afotey-Agbo.

The police Homicide Department visited the scene and began investigations into the case. Dresses of children found in the abode of the suspect were taken away by the police.

Residents of Atadeka are also calling on the Ghana Police Service to probe some persons alleged to have been mentioned by the suspect, Lucas Agbadzi, to unravel the cause of the kid's death.