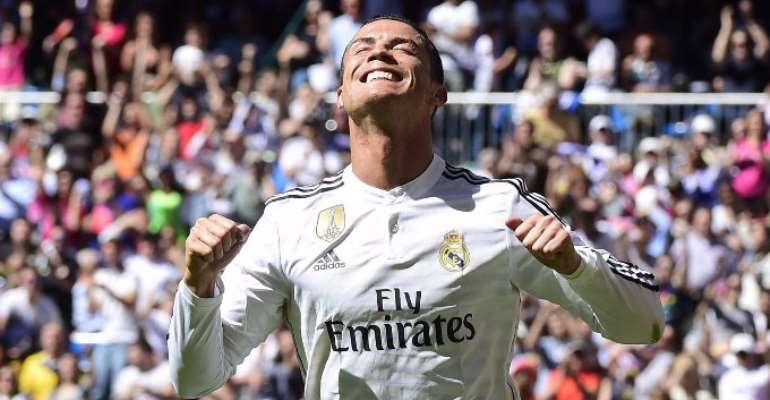 Cristiano Ronaldo stole a march on Lionel Messi in the race for the Pichichi by scoring five - including an eight-minute hat-trick - in an incredible 9-1 rout of Granada.

The Portugal star has scored 36 league goals this season while Messi is on 32.

Carlo Ancelotti's side had to wait until the 25th minute to take the lead through Gareth Bale, but the opener only opened the floodgates as Ronaldo scored a hat-trick before half-time to give Real a 4-0 lead. And Los Blancos continued with such gusto after the break, with Ronaldo adding another and Karim Benzema bagging a double saw them seven to the good with 56 on the clock.

Double figures looked to be on the cards, as La Liga's second-bottom side crumbled all over the pitch, but a number of changes saw the flow of the contest stemmed.

Granada grabbed a consolation goal before a Diego Mainz own goal and another Ronaldo goal gave Real Madrid a sensational 9-1 win - the biggest margin of victory in La Liga this season.