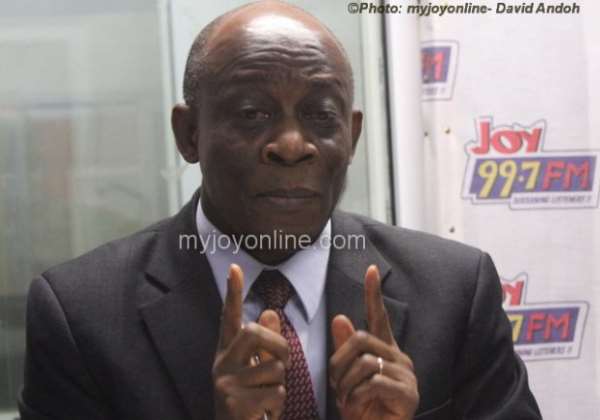 Today, April 3, 2015, the IMF Executive Board approved a three-year Extended Credit Facility (ECF) programme for Ghana. Access amounts to SDR 664.2 million (about US$ 918 million), or 180 percent of Ghana's IMF quota.

Ghana has made significant progress in achieving strong and inclusive growth over the past decade. However, since 2012, the economy has come under severe stress due to both global and domestic factors, resulting in high fiscal and current account deficits. Whilst these are being corrected through various government programmes, the persistence of the setbacks has not made the pace fast enough as envisaged.

To address these macroeconomic imbalances the government since 2013 and subsequently through its 2014 Home-Grown Policy Programme adopted ambitious and comprehensive stabilization and reform programmes as noted. Although these measures helped to improve the situation, new and continuing adverse global and domestic developments continue to pose challenges to economic management. Prices of Ghana's key commodities, especially gold and cocoa declined, giving rise to a worsened external sector performance and rapid depreciation of the currency. In addition, gas supply disruptions have affected energy supply with its attendant effects on economic activity. Government also presented a statement to Parliament on the impact of the fall in crude oil prices on the 2015 Budget.

Therefore, as part of measures to address the current macroeconomic challenges and safeguard the bright medium term prospects, Government decided to sign on to an IMF programme. After announcing this intention, Government formally requested for an Economic Programme with the Fund on Friday, 8 th August, 2014. The IMF responded positively and expressed its readiness to help Ghana address the macroeconomic challenges.

Approval by the IMF Executive Board was preceded by the Fund fielding Missions to Ghana for programme discussions. In total, 4 rounds of negotiations were held with the Fund with additional discussions via video conferences and exchange of emails. Earlier this year, the Government reached Staff-level agreement with the Fund.

Government wishes to stress that the objectives as well as policy measures underlying the programme are consistent with Government's Home Grown Programme and the 2015 Budget. The program aims to restore debt sustainability and macroeconomic stability to foster a return to high growth and job creation through agriculture and infrastructure investment, while protecting social spending.

In addition, a number of ongoing and enhanced structural reforms, including new ones, will be implemented under the programme. The structural reforms are mainly in the areas of revenue administration, tax policy, public financial management, pay roll and human resource management, public sector reforms, debt management, and supervision and regulation of the financial system. Furthermore, initiatives to strengthen institutions, notably GIIF, Sinking Fund and EXIM are included in both the Budget and the programme.

Government expects that the programme will boost grant disbursements from development partners, improve macroeconomic stability, help support the credibility of Government's policy and boost investor confidence in the economy.

We wish to stress that the IMF Programme will be implemented over a period when the short-to-medium term prospects for the economy remain strong, supported by potential for further oil and gas exploration and production, further expansion of the services sector, potential for increased FDI as well as completion of the gas pipelines and processing plant. We are convinced that these factors will put the economy on a strong growth trajectory again when the imbalances are addressed.

As noted by H.E President John Mahama, Government is committed to implementing the measures agreed over the Programme period.