Tunisians to march against extremism after museum massacre 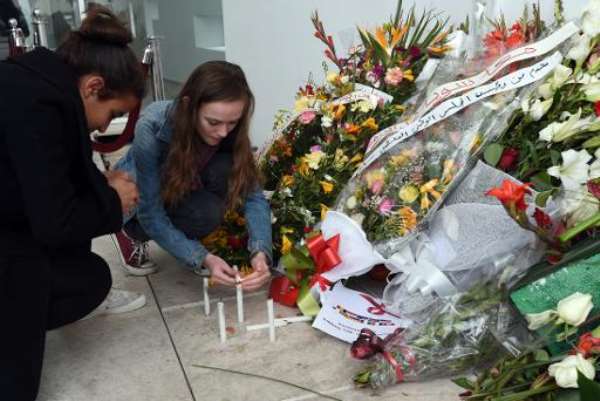 Tunis (AFP) - Thousands of Tunisians, led by their president and joined by several foreign dignitaries, are to march in the capital Sunday to denounce terrorism after the museum massacre of 21 tourists.

On March 18, two gunmen targeted the National Bardo Museum in an attack claimed by the Islamic State group, dealing a severe blow to a country that was the cradle of the Arab Spring and is highly dependent on tourism.

A Tunisian policeman was also gunned down. On Saturday the death toll rose to 22 after a Frenchwoman succumbed to injuries sustained in the attack.

The march is set to begin in Tunis at 1000 GMT, going from Bab Saadoun Square to the museum where a stone tablet will be dedicated to the memory of the victims.

The attack was "a big blow, but this blow did not kill us, it made us stronger", Tourism Minister Salma Elloumi Rekik said on television on Saturday.

President Beji Caid Essebsi will host the foreign dignitaries including his counterparts from France, Francois Hollande, and Poland, Bronislaw Komorowski, as well as the Palestinians' Mahmud Abbas.

Essebsi called earlier in the week for a huge turnout for the march to the museum, which is due to reopen to the public on Monday.

The Bardo's doors were open on Friday to schoolchildren and students only, and an AFP journalist said bullet holes could still be seen on some of the walls inside.

"I was a little (scared) but now that we are here I can see that things are safe," Lena Bottlender, a 17-year-old German student, told AFP.

Soumeya, a young Tunisian who visited on Friday, said she was "scared when she watched (the attacks on) the television".

"We are here to show people that there is nothing to be afraid of," she added.

Tunisia has seen an upsurge in Islamist extremism since overthrowing longtime strongman Zine El Abidine Ben Ali in 2011, but has taken pride in forming a democratic government since the Arab Spring -- in marked contrast to countries such as Libya, Syria and Yemen.

JUST IN: Mahama lawyers file another motion to compel EC to ...
54 minutes ago