Osu appeals for a municipality 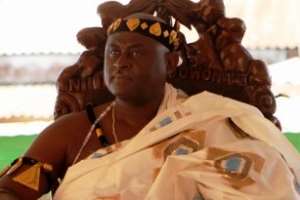 Accra, Feb. 15, GNA - Nii Okwei Kinka Dowuona VI, Paramount Chief of Osu, has appealed to the Ministry of Local Government and Rural Development to consider creating a municipality for the Osu Traditional Area.

He said Osu had what it takes to become a municipality and pleaded with the ministry to begin the demarcation of Osu traditional lands to enable it to carve out the area from the jurisdiction of the Accra Metropolitan Assembly.

Nii Kinka Dowuona, who made the appeal in an interaction with the Ghana News Agency on Saturday, said the move would enable the new assembly to have control over revenues that would be generated to develop the area.

'We have lacked in development for far too long,' he said.

He cited La, Teshie and Nungua as traditional areas with municipal assemblies, saying: what is good for the goose is also good for the gander.'

On the forthcoming district assembly elections, Nii Kinka Dowuona said there was the need for the creation of platforms for aspiring assembly contestants to address traditional rulers on their intended support for development.

He said: 'As custodians of the electoral areas and partners in development it would be prudent for the chiefs to know at first hand the vision of the aspirants.'

He said apart from the forums in various communities being organised by the Electoral Commission (EC) to enable contestants to be questioned by the electorate, the Ministry of Local Government and Rural Development should develop platforms solely for traditional authorities.

He said in the absence of the platforms aspiring assembly members were only known to the EC officials and not the traditional rulers.

'The traditional rulers are the core and pillars of decentralisation and they are indispensable in the process of local governance and harmonious progress of the communities,' he said.