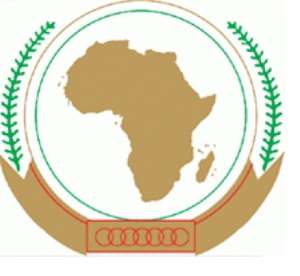 ADDIS ABABA, Ethiopia, February 11, 2015/African Press Organization (APO)/ -- The Chairperson of the Commission of the African Union (AU), Dr. Nkosazana Dlamini-Zuma, met and exchanged views with the United Nations (UN) High-Level Panel on Peace Operations, on 10 February 2015 in Addis Ababa. The UN High-Level Panel, established by UN Secretary-General Ban Ki-moon to undertake a review of peace operations to ensure that they are able to address the challenges facing the world, is chaired by former East Timorese President Jose Ramos-Horta, and is visiting Addis Ababa to undertake consultations with the AU and other African stakeholders.

In her exchanges with the High-Level Panel, the Chairperson of the Commission reaffirmed that all African interventions towards the maintenance of peace and security are guided by the principle of the primacy of the UN Security Council in the maintenance of international peace and security. She outlined that, in the years since the establishment of the AU in 2002, the world has witnessed significant changes in the international political order, and the AU has become an important player in African peace and security affairs. In this context, a division of responsibility is beginning to emerge, in which the AU intervenes as a first responder in the stabilization of conflict situations, laying the groundwork for the UN to deploy peace operations at a later stage.

The Chairperson of the Commission stressed the importance of strengthening this emerging partnership, which represents an asset both to the UN and to the people of Africa. She stated that the most important way in which to strengthen the partnership would be to ensure regular consultation between the two organizations from the earliest stages of crisis and conflict, and highlighted in particular the need for regular consultations between the UN Security Council and the AU Peace and Security Council (PSC), as the mandating bodies of their respective organizations.

The Chairperson of the Commission also stressed that peacekeeping on its own was only one element in the restoration of peace and security to countries in conflict. A long-term strategy would have to address the underlying causes of conflict, including socio-economic marginalization, the issue of natural resources, the management of diversity, and governance. Such a strategy would also have to pay particular attention to the role of women in the resolution of conflicts, and identify ways in which to promote the effective implementation of UN Security Council Resolution 1325 (2000). The High-Level Panel commended the Chairperson of the Commission for the appointment of an AU Special Envoy for Women, Peace and Security.

The Chairperson of the Commission informed the High-Level Panel that, in line with the decision adopted by the 24th Ordinary Session of the Assembly of the Union, held from 30 to 31 January 2015, the AU would be preparing an African Common Position on peace operations that it would submit to the Panel for its consideration. Upon the specific request of the High-Level Panel, the Chairperson made the commitment that the African Common Position would include specific concrete recommendations on ways in which to advance the implementation of Resolution 1325 (2000). She stressed the importance of the work of the Panel and looked forward to future cooperation with it.

It should be noted that the High-Level Panel also had extensive discussions with the relevant Departments of the Commission. Furthermore, it exchanged views through video link with the PSC, which is currently on a field visit to Mali as part of a joint mission with the European Union Peace and Security Committee.