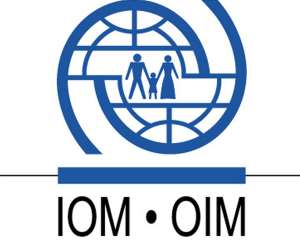 GENEVA, Switzerland, February 11, 2015/African Press Organization (APO)/ -- IOM today (11/2) denounced the actions of Libya-based people smugglers responsible for the deaths of hundreds of African migrants sent to sea during a storm in unseaworthy inflatable dinghies. Only nine people survived this latest tragedy in which at least 300 people are now missing and believed to have drowned.

“What's happening now is worse than a tragedy – it is a crime – one as bad as any I have seen in fifty years of service,” said IOM Director General William Lacy Swing. “These smuggling networks act with virtual impunity and hundreds are dying. The world must act.”

Among the survivors being supported by IOM were three children who were traveling alone. The men, all from West Africa, had traveled to Libya from Senegal, Cote d'Ivoire, Gambia, Guinea, Niger, Mali and Mauritania.

“They forced us to climb aboard the ship with guns and sticks, robbing us of all our belongings,” a traumatized survivor told IOM staff in Lampedusa on Wednesday (11/2).

Another said: “We know that there were four inflatable rafts on the shore. Another one with approximately 100 [people] on it is missing.”

The latest death toll could well eclipse the October 2013 Lampedusa drownings, when 366 migrants died trying to reach Europe. Details of the latest flotilla of death emerged after an Italian commercial vessel rescued nine survivors from the sea on Wednesday. The survivors told IOM staff that the four boats left from a beach near Tripoli on Saturday.

They were picked up in international waters between the Italian island of Lampedusa and the Libyan coast. (This was near where 105 survivors were rescued by the Italian Coast Guard on Monday, in a rescue in which 29 Sub-Saharan Africans died from hypothermia.)

The latest migrant deaths at the hands of smugglers, combined with 115 reported by IOM so far this year, indicate that 2015's people smuggling season has begun sooner than expected and promises to be deadlier than in previous years. In addition, the European Union has withdrawn funding for the Italian Mare Nostrum rescue operation, putting the safety of migrants in jeopardy.

“We know what fate we are going towards and (understand) the probability of dying,” one of the African survivors told IOM staff. “But it is a sacrifice we consciously make to have a future.”

This week's fatalities indicate that the toll of lives lost to human smuggling in the Mediterranean may be even deadlier in 2015 than it was in 2014. IOM's Missing Migrants Project (http://mmp.iom.int) reports that 3,279 migrants died trying to reach Europe by sea, and 5,017 worldwide last year. By comparison, IOM reported just 27 deaths at this point in 2014. January and February are traditionally slow months on migrant routes, which grow more active as spring approaches.

Despite severe winter conditions, 3,528 migrants have already crossed the Mediterranean during the month of January, according to figures newly released by Italy's Ministry of the Interior. The main country of origin, the Ministry of Interior reported, was Syria, with 764 arrivals, followed by Gambia (451), Mali (436), Senegal (428), Somalia (405) and Eritrea (171).

“What happened early this morning off the Italian coasts is tragic and senseless loss of life,” said Federico Soda, IOM's Chief of Mission in Italy. “Those of us who follow this topic every day are deeply saddened, but we cannot be shocked. It was predictable given the migration dynamics and the responses. That is what should concern us all.”

“Furthermore, smugglers treat migrants as a human cargo without value. They have sent more than 420 people to sea when conditions were dire, effectively sending them to their deaths,” he added.

IOM staffers today reported that of 76 survivors rescued at sea on Monday, all are male Africans, including three unaccompanied minors. More than half of those rescued are from the Ivory Coast (39) followed by Mali (18), Senegal (7), Guinea (7), Gambia (2) and Niger (2). Ivorians also reportedly account for the majority of deceased, 15 of the 29 confirmed fatalities, along with 7 men from Mali, 5 Senegalese and one each from Guinea and Mauritania.

“We know that it is only thanks to God and the Italian Coast Guard that we are alive and we will be forever grateful for this,” a survivor told IOM earlier on Wednesday.