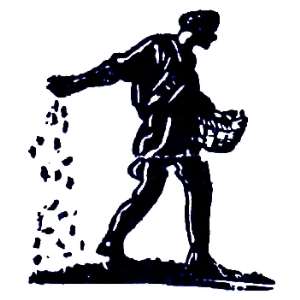 Accra, Feb 10, GNA - The Bible Society of Ghana (BSG) at the weekend launched its Golden Jubilee at a joint service with the Pentecost International Worship Center, at Atomic in Accra.

The year-long celebrations, which is on the theme: 'God's Transformation: Life for All', would have activities such as exhibitions, book launch and anniversary lectures, forums, youth rallies and Regional programmes.

There would also be a United Bible Societies' Day of prayer, a thanksgiving service, and Presidential Dinners across the regions, to the climax the event.

The occasion, which was graced by Vice President Paa Kwesi Bekoe Amissah-Arthur,   The Chief Justice, Georgina Theodora Wood,   and Mr Joe Ghartey, the Second Deputy Speaker of Parliament.   It also brought together luminaries from all walks of life, including the clergy and members of the BSG.

Intensive prayers were said for the political leadership, the clergy, businessmen and women and the entire Christian body, and for national peace and unity for growth and development.

Apostle Dr. Opoku Onyinah, Chairman of the Church of Pentecost, commended the BSG for safeguarding the Bible and its gospel over the years and also translating it into at least eight local languages in Ghana, not only to ensure affordability, but also increased penetration of the Gospel to the grassroots.

According to him, the Bible provided important guidelines for Christians on their pilgrimage on earth and to Heaven, and its verses gave wisdom and hope and affirmed human dignity.

The bible, he said, required the commitment from all as God's Stewards, therefore, its translation from the original Greek into the local languages would allow people to communicate better with God.

Addressing the theme of   'Good Stewardship,' Apostle Dr. Onyinah   said the world was at a crossroad where sin was aggressively taking over the conscience of humanity, while most critical traditional and cultural structures that used to uphold decency and morality, were deliberately being destroyed.

That, he said, was because humanity had shifted away from the truth and followed their own evil and selfish desires.

He cited the widespread acceptance of same sex marriages, increased divorce cases, profanity in the mass media and the lack of respect for each other, as challenges facing the world today.

Apostle Dr. Onyinah said the treachery would only cease if humanity returned to God's transforming Word, which gave life to that which was lost.

He urged persons in leadership positions to see themselves as stewards, thus God's servants upon whom great responsibilities had been laid to ensure that Christianity became a practical way of life.

He also cautioned members of the clergy who perverted the truth of the Gospel to beware of the wrath of God, because they were not addressing the issue of repentance, but were focusing on prosperity alone for their own gains.

He challenged Christians to take the lead in changing the current social decay and economic downfall of the country by changing their attitudes towards their official duties, thus eschewing laziness and upholding high integrity and accountability to the people they served.

Vice President Amissah-Arthur, with the other dignitaries and some members of the clergy, latter autographed the new Anniversary Bible by writing some popular quotations in a dummy provided by the BSG to be kept as a symbolic relic of the occasion.