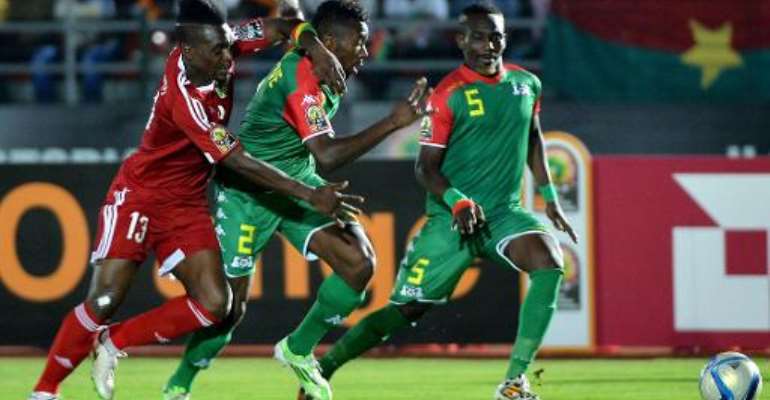 It was the seventh time in eight attempts with five different countries that the 66-year-old has reached the knockout stage of the African football showcase.

Congo top Group A with seven points from an unbeaten three-match run and are joined in the last eight by hosts Equatorial Guinea, 2-0 winners over Gabon in Bata.

Congo made two changes to the team that upset Gabon in midweek to give the Red Devils a first Cup of Nations victory since defeating neighbours Democratic Republic of Congo 41 years ago.

The suspension of Boris Moubhio necessitated a defensive reshuffle with Francis Nganga coming into the middle while midfielder Franci Litsingi was preferred to Cesair Gandze.

Burkina Faso also made two changes and, not surprisingly, both were in attack as the Stallions had failed to score in two previous group games.

With so much at stake at the 5,000-seat Estadio de Ebebiyin on a hot night, the opening 45 minutes produced few scoring chances and ended goalless.

The best chance fell to Bifouma midway through the half when a Delvin Ndinga pass sent him clear, but he fired across goal and wide of the far post.

A disappointing tournament for Burkinabe talisman Jonathan Pitroipa -- voted best player of the 2013 Cup of Nations -- continued as he was repeatedly whistled offside.

But the United Arab Emirates-based winger did feature as Burkina Faso twice caused discomfort to the Congo defence.

Pitroipa offered pacey Nakoulma a chance with a ball over the defence, but goalkeeper Christoffer Mafoumbi darted off his line to collect.

Almost immediately a loose ball inside the goalmouth fell to Pitroipa, but his hurried shot flew over.

After Fode Dore and Pitroipa went close to scoring early in the second half at opposite ends, Bifouma broke the deadlock.

There was a hint of offside as Congo attacked down the right before Bifouma poked a Dore cross past goalkeeper Germain Sanou from inside the six-yard box.

Desperate Burkina Faso reacted just before the hour by sending on Bertrand Traore and Bance for the ineffective Nakoulma and defender Issa Gouo.

Bance equalised off a Ouedraogo cross only for Ondama to pounce on a Sanou error following a free-kick and nudge the ball into the net, securing the win and top spot in the group.