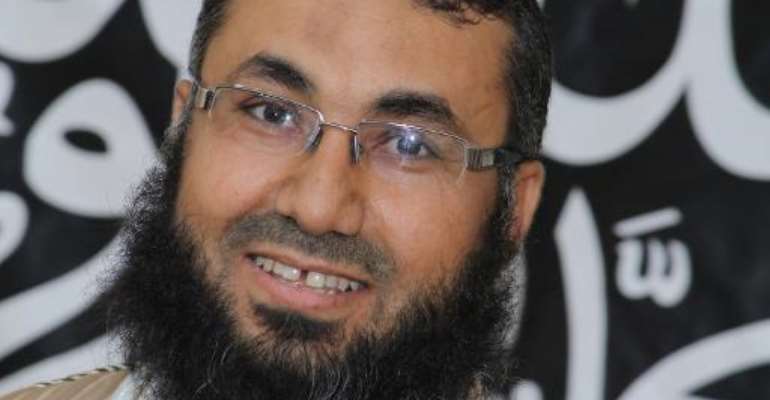 Mohamed Al-Zehawi, leader of Libyan jihadist group Ansar al-Sharia, smiles as he speaks to the press in front of a black Islamist flag in Benghazi on May 27, 2014. By Mohammed el-Shaiky (AFP/File)

Benghazi (Libya) (AFP) - Libya's Ansar al-Sharia jihadist group on Saturday confirmed the death of its leader Mohamed al-Zehawi, after Islamist websites reported he had been mortally wounded in fighting in October.

"We mourn the death of the Emir of Ansar al-Sharia Sheikh Mohamed al-Zehawi," the group said in a statement, without giving details about the time or circumstances of his death.

Zehawi's fate has been a mystery since the October clashes between pro-government forces and Islamist militias in the eastern city of Benghazi in which dozens died.