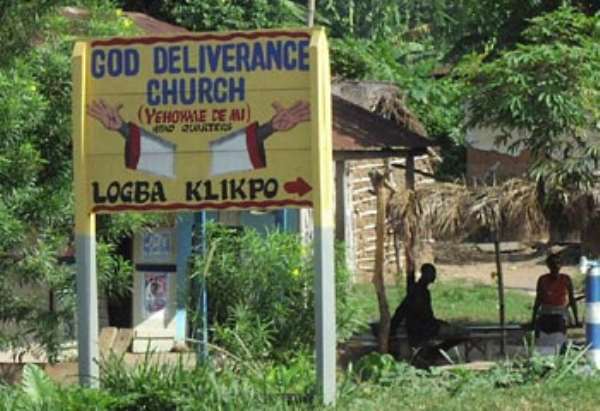 ... Churches have failed the nation ... profit-making ventures, feeding on people's plight The Chief Justice, Mr Justice George Kingsley Acquah on Saturday said the modern church growth movement was a failure because it was trading biblical Christianity for entertainment religion. He said what was interesting was that, a large number of the youth today were attracted to these entertainment religions than the orthodox churches and that if nothing was done to avert the trend, "the path to proper development of the church would be in jeopardy". The Chief Justice was speaking at the Eighth Biannual National Delegates Conference of the Guilds of Servants of the Sanctuary, Anglican Church of Ghana under the theme "Empowerment of the Youth in Church Development". The four-day Conference, which brought together in Accra, the church's servants from the country's dioceses is aimed at empowering the youth spiritually, morally and mentally to equip them for church development. Mr Justice Acquah said whilst some Churches were obviously doing well, a greater majority were the very antithesis of what a Church should be adding, "They are profit-making ventures, feeding on the ignorance and plight of the population...Radio stations transmit all forms of preaching, some of which are nothing but trash. "Leaders of some these churches have an exaggerated opinion about themselves and convince their congregation to accept their adulterated word in place of what is in the Bible," he said. Mr Justice Acquah said it was unfortunate that such churches measure the success of some religious organisations in terms of its physical structures and size of its congregation and one often heard leaders asking, "Has the Church not got a university? Has it not got a large following?" He said these days Churches do not appeared to have had the nerve to settle disputes amicably and when slight problem engulfed the Church, we often saw ringleaders of such a dispute marshalling the support of a section of the church. "Soon, thereafter, the disputants leave for the courts to seek injunctions to paralyse the operations of the Church," the Chief Justice Acquah said and added that, this was not a healthy sign and did indeed retard the development of the church.

He said a lot of factors had contributed to the misdirection of the development of the church saying, "The lawyer who bribes judges to pervert the course of justice, colludes with court officials to hide dockets of litigants and embezzles clients insurance money, is an elder and legal advisor of a church.

"The doctor who causes an illegal abortion is a deacon of a church. The politician who stands on the platform, abuses his fellow politician, deliberately makes false promises to his constituency members, is an elder of his church", the Chief Justice said.

Right Reverend Mathias Badohu, Bishop of the Ho Diocese observed that the youth's interest, love and dedication for the priestly office in the church was going down as evident in many servants shying away from applying to be priests.

He said the cherished discipline and commitment exhibited by people wanting to serve in the house of God was no longer the case and said if the youth wanted to be empowered, then they must prove that they would utilise it well.

In a welcoming address, Brother Anthony Crankson, the National Director of the Guild of Servants said there would not be any meaningful result in the house of God unless the people who were prepared to be servants were encouraged and empowered.

He called for commitment and dedication relying on the Holy Spirit for power and strength to effectively do the work of God as mass servers in the Church.

Brother Crankson appealed to the leadership of the Church to devote more time and resources to programmes that would bring the youth closer to God.