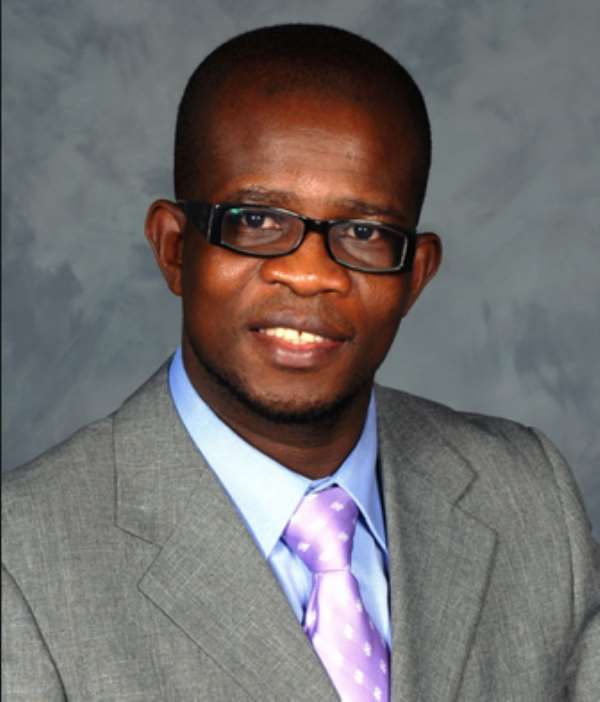 This week will be interesting. However before we get busy, let me acknowledge Dr. Kpessa Whyte my school mate for 7 years (Up to Sixth Form in Pojoss) for how far the Lord has brought him as he gets neck-deep in the messy waters of our current politics.

The President has asked him to head the National Service Scheme temporarily as we all come to grips with the millions of dollars reportedly stolen by virtually all its directors for several years and in particular since 2009. Starting off as a ''independent'' think tank person that many in the media 'erroneously' thought was a sell out from day one, Dr. Whyte has come far indeed.

He strategically supported the NDC in all his publicly available commentary on policy analysis, however uncomfortable to his own upbringing whilst he was an 'independent' and he should not be hanged for that as this land is always used to such. One thing is certain- He is relatively better than the brigands and thieves that have taken over virtually all the affairs of this country and running amok at almost every level.

He is not a thief and will not steal any public funds but may not be successful in such web of thieving public servants as he has demonstrably NOT run anything organisationally successful in his life until this appointment. My only fear is that he may be used again as in the multimillion dollar theft at GYEEDA , where he took part in the report writing rehearsal to put a dampner on something as rotten as concentrated sulphuric acid- Corruption! I wish him well nonetheless.

The 50 most influential Africans: Franklin Cudjoe

What the World Bank thinks of IMANI

Census: People suspect us to be armed robbers, some attack u...
16 minutes ago