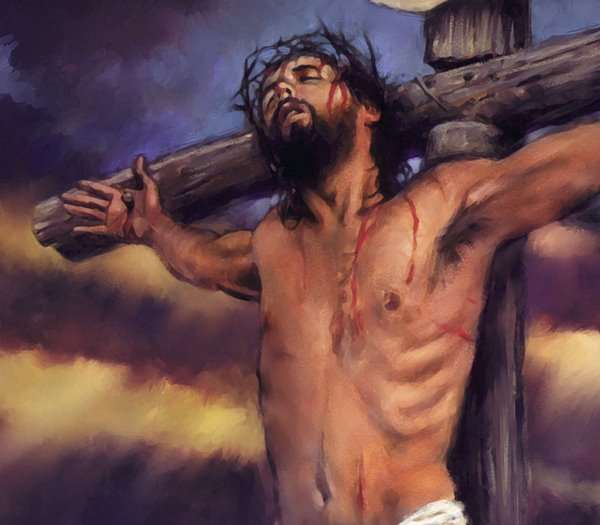 Christians are humbly asked to be watchful of what God is revealing before our own eyes about how Jesus' sacrifice on the cross is currently being turned into money spinning businesses. The doctrine of 'Prosperity Gospel'gradually has crept into the holy sanctuary of God to supplant the good work of the early church and also the present preachers of the truth of Christ. Jesus who is the way, truth and life opened the kingdom of God doors for us to enter and emulate what he actually did and said we should do in order to be like him.

Jesus and his first hand close disciples like Peter, James, John, etc. plus the early converts of Jesus Christ such as Paul of messages as we see in scriptures although wanted believers to prosper, earthly money spinning was not what Jesus died for or reason for sending the Holy Spirit to believers, neither was money spinning as prosperity gospellers teach was the message of Christ.

Jesus and the earlier church took no one's money in any way that may have been intended for making them materially and exceedingly rich. Is good for believers to give to their fellow humans in need, this Jesus preached but not that our money contributions in God's house as way of lottery or print out more money. The prosperity preaching of 'mammon' as we see today, believers are reminded to be watchful and never to allow themselves carried away to worship money.

Whilst I intend not to condemn any one, I wish fellow believers take it kindly with me by reading a report from Reuters below shedding light on how far money even though may not have been reasons for preaching Christ could still carry believers on to certain extent that could appear as mammon was Jesus' death and/or message for God's Kingdom. Read the full article below.

Hundreds of millions of dollars change hands each year in these popular Pentecostal houses of worship, which are modelled on their counterparts in the United States.

Some of the churches can hold more than 200,000 worshippers and, with their attendant business empires, they constitute a significant section of the economy, employing tens of thousands of people and raking in tourist dollars, as well as exporting Christianity globally.

But exactly how much of Nigeria's $510 billion GDP they make up is difficult to assess, since the churches are, like the oil sector in Africa's top energy producer, largely opaque entities.

"They don't submit accounts to anybody," says Bismarck Rewane, economist and CEO of Lagos consultancy Financial Derivatives. "At least six church leaders have private jets, so they have money. How much? No one really knows."

When Nigeria recalculated its GDP in March, its economy became Africa's biggest, as previously poorly captured sectors such as mobile phones, e-commerce and its prolific "Nollywood" entertainment industry were specifically included in estimates.

There was no such separate listing for the "megachurches", whose main source of income is "tithe", the 10 percent or so of their income that followers are asked to contribute.

As the churches have charity status, they have no obligation to open their books, and certainly don't have to fill in tax returns -- an exemption that is increasingly controversial in Nigeria, where poverty remains pervasive despite the oil riches.

The pastors argue their charity work should exempt them.

PASTORS ON FORBES LIST
Nonetheless, the surging popularity of the megachurches among the Christians who make up half of Nigeria's 170 million population has propelled their preachers into the ranks of the richest people in Africa.

In 2011, Forbes magazine estimated the fortunes of Nigeria's five richest pastors. Oyedepo topped the list, with an estimated net worth of $150 million.

He was followed by "Pastor Chris" Oyakhilome of Believers' LoveWorld Incorporated, also known as the Christ Embassy and popular with executives and politicians, on $30 million to $50 million.

TB Joshua, pastor of the Synagogue Church of All Nations, at the centre of the recent diplomatic storm over the deaths in its guesthouse, was thought to have $10 million to $15 million.

The National Bureau of Statistics (NBS) declined to comment on how churches fit into their GDP figures, but a source there said they were included as "non-profit", which falls under "other services" in the latest figures. In 2013, the category contributed 2.5 percent of GDP, the same as the financial sector.

A former banker at Nigeria's United Bank for Africa, who declined to be named, recalled being approached five years ago by a church that was bringing in $5 million a week from contributions at home or abroad.

"They wanted to make some pretty big investments: real estate, shares," he said. "They wanted to issue a bond to borrow, and then use the weekly flows to pay the coupon."

In the end, he said, the bank turned down the proposal on ethical grounds.

Yet Nigerian churches do often invest large amounts of their congregations' money in shares and property, at home and abroad, he and another banking source said.

One pastor bought 3 billion naira ($18 million) worth of shares in the defunct Finbank, which later merged with FCMB, after it was rescued in a bail-out in 2009, a fund manager who handled the deal told Reuters. The pastor used a nominee trust account to keep his name off the books.

In 2011, Oyakhilome was investigated by the Economic and Financial Crimes Commission (EFCC) and charged with laundering $35 million of contributions to his church in foreign bank accounts. He denied all wrongdoing and the case was dismissed for lack of evidence.

Oyakhilome was not available for comment and Joshua's media team declined a request for an interview with him.

MIDAS TOUCH
Oyedepo's headquarters, "Canaanland", is a 10,500-acre (4250-hectare) campus in Ota, outside the commercial capital Lagos. It comprises a university, two halls of accommodation, restaurants and a church seating 50,000 people, with a total overflow capacity of five times that.

"You can see that everything this man touches turns to gold," Nigerian Agriculture Minister AkinwumiAdesina said in a speech at a reception for Oyedepo's 60th birthday at Canaanland last month.

"May the grace of God abide with you," he added, to a rapturous "Amen!" from the guests in a marquee.

The next day, he delivered four Sunday services in a row to tens of thousands of cheering followers, his white-suited figure projected onto large flat-screen televisions all around.

"From today, no evil spirit, no demon will survive the Almighty!" he shouted, and the crowd roared "Amen!".

A spokesman said the church has 5,000 branches across Nigeria, and 1,000 more in 63 other countries across five continents. But Oyedepo's empire also includes two fee-paying universities that he built from scratch, a publishing house for Christian self-help books, and an elite high school.

Other pastors have similarly diversified ways of getting the Gospel of Christian salvation out.

Oyakhilome owns magazines, newspapers and 24-hour TV station, and Joshua draws miracle-seekers from all over the world with claims that the holy water he has blessed cures otherwise incurable ailments such as HIV/AIDS.

Before Joshua built his 10,000-seat headquarters at Ikotun-Egbe in outer Lagos, the area was part swamp, part abandoned industrial estate.

Now, it is a boom town with shops, hotels, eateries and bars catering largely to the travellers who come not only from West Africa but also from all corners of the globe to hear his sermons. Joshua also runs a TV station.

"BLESSED BY THE LORD"
Guests entering Oyedepo's birthday marquee in Canaanland would have seen a picture of the poor household in southwest Nigeria where he grew up, testament to a rags-to-riches story that many Nigerians would love to emulate.

Like U.S. televangelists, Winners Chapel preaches the "prosperity gospel" that faith in Jesus Christ lifts people out of poverty, and that message partly explains the explosion of the Pentecostal movement in sub-Saharan Africa, where misfortune and poverty are often seen as having supernatural causes.

"We see giving as the only way to be blessed. Blessing other people is a way of keeping the blessings flowing," said Oyedepo, whose blessings include a Gulfstream V jet and several BMWs.

Giving to support the church and its work is something the faithful are encouraged to do, a Christian tradition that was a pillar of the Roman Catholic church in medieval Europe, just as it has been a major money-spinner for U.S. televangelists.

Aneke Chika, a business analyst in an oil services company, told Reuters on the steps of Oyedepo's church that she set aside 20,000 naira of her 200,000 naira ($1,218) salary every month.

Asked about Forbes' estimate of his fortune, Oyedepo told Reuters: "For me, to have fortune means someone who has what he needs at any point in time. I don't see myself as having $150 million stacked up somewhere. Whatever way they found their figures, I am only able to say I am blessed by the Lord."

He said he could not estimate the church's total revenues or expenditure on items such as salaries because the various departments, including education, were too diverse.

The enterprises on the Canaanland campus, from the shops selling cold sodas and bread, to a woman boiling instant noodles and eggs for breakfast in a lodge, to pop-up book stalls hawking Oyedepo's prolific literary output, are owned by the church's estate, which employs their staff on its payroll, workers at all the outlets told Reuters.

Oyedepo says the wealth the church gathers is invested in expanding it, and that if he did not use a private jet, he would be unable to oversee its many foreign operations and still return to Ota every week in time for Sunday's worship.

Britain's Charity Commission says it is reviewing potential conflicts of interest in his finances, and last month the Home Office (interior ministry) barred him from Britain, though it declined to say why.

Oyedepo said he knew nothing of the commission's review, nor had the Home Office explained to him why he was barred.

A national conference to debate Nigeria's constitution this year proposed that the mega-churches should be taxed.

But with an election coming up in February, it is debatable whether President Goodluck Jonathan, who is close to several megapastors, would risk upsetting these influential men and their hefty congregations with a fat tax bill.

"There is no single government input on this premises," Oyedepo told Reuters in the interview. "We supply our water, we make our roads, then you ... say: 'Let's tax them'. For what?"

(1 US dollar = 164.2 naira)
(Additional reporting by ChijiokeOhuocha in Lagos and Ahmed Aboulenein in London; Editing by Pascal Fletcher and Kevin Liffey)