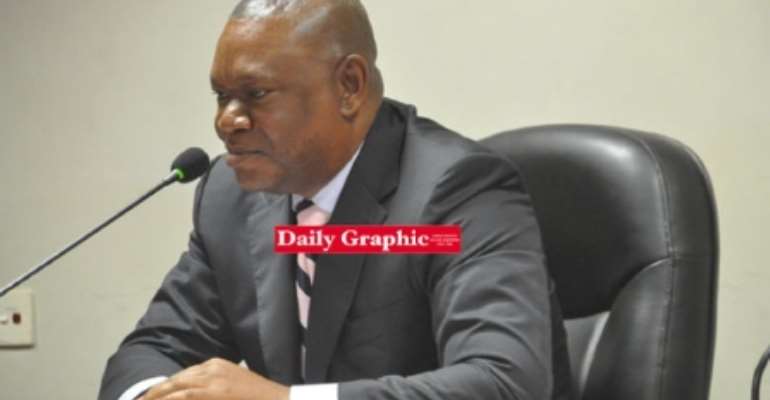 Chairman of the Presidential Commission of Inquiry into the Brazil 2014 World Cup Justice Senyo Dzamefe has made a special request to the Ghana National Petroleum Authority (GNPC)to sponsor the Tema colts football which used to be vibrant in times past.

Speaking to the AG Chief Executive Officer of GNPC, Alexander Kofi Mensah Mould on Tuesday Justice Dzamefe said, "Thanks very much for coming but Kofi before I discharge you, I would like to make this special request to you and I believe my fellow commissioners will give me their support,"

"I would like you to revive colts football in Tema because GNPC is based in that community and if possible extend it to other places like Odorkor because football at the grassroot level is becoming non existing. It's something dear to my heart so please take it into consideration," he said.

"I don't believe it should always be football and for that matter the Black Stars because it's been thirty-two years now since the last they won a cup. The Amputee team were here the last time and what the entire team was crying out for is just half of one player's appearance fee money," he noted.

Commissioner Kofi Owusu Okyere Darko noted that it takes only about $50,000 to sponsor a whole annual colts league so this appeal will not be a financial heavyweight on the books of GNPC and they could use the colts football as one of their co operate social responsibilities.

Alexander Mould said the GNPC will consider it in good faith because sports development in general is something that the Ghana National Petroleum Authority thinks is worth promoting.