The Black Stars must shine to Germany 2006 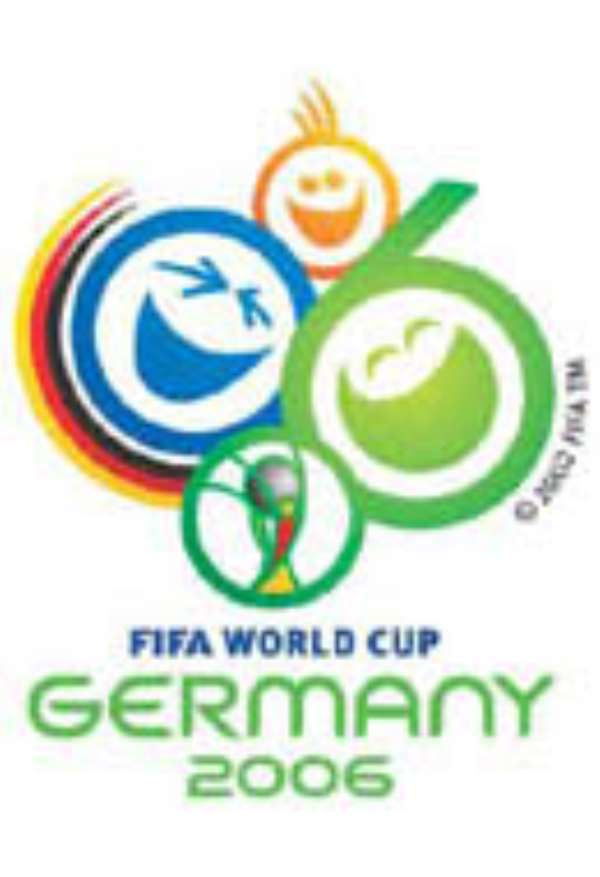 Accra, may 2, GNA - On Saturday, June 5 in Ouagadougou, the capital city of our northern neighbours, the Black Stars will begin another crusade to give Ghana her first appearance in a FIFA World Cup competition when they line up against the Stallions of Burkina Faso.

After so many years of failure, most Ghanaians are convinced that the next World Cup billed for Germany could be Ghana's chance and that everything must be done to crack the ice and break the jinx.

Their optimism could be based on the fact that some of the Ghanaian players are playing very well in the various leagues in Europe. It is common knowledge that Stephen Appiah, the national team skipper has had a wonderful season at Juventus.

Samuel Osei Kuffour has, as usual dominated a defensive position in Bayern Munich and Michael Essien has been a revelation with the French champions, Lyon. Budding star Sulley Muntari has been an integral part of the moderate successes of Udinese in the Italian Serie A and Asamoah Gyan has tickled the Italian media with his skills and commitment. John Mensah is asserting himself at Mordena in Italy.

Other players who raise the hopes of Ghanaians include returnee Christian Atta Gyan who has remained a key member of the Feyenoord of Holland defence, Addoquaye Pappoe, the effective stopper on the left side of defence for Israeli club, Ashdod, Anthony Obodai, a combative middle man at Ajax Amsterdam, Tanko Ibrahim who spearheads the attack for Frieburg and Lawrence Aidoo another Germany based player of distinction.

From the home front, keepers Sammy Adjei and Louis Quainoo are undoubtedly among the best goaltenders in Ghana and Nana Arhin Duah, Daniel Coleman, Hamza Mohammed, Dan Quaye and Yahuza Abubakar are worthy representatives of the local premier league.

With such an assemblage of stars, all that remains is a certain level of technical guidance coupled with the will to die a little for mother Ghana.

Coach Mariano Barreto is hungry for success and a close look at his methods and attitude point to one who is dedicated and committed to the cause for which he was hired.

His relationship with the players is also superb and he appears to be someone who can induce the best performance from our players. He appears to be the right man for the job and deserves every cooperation from the administrators of our game.

The commitment of the coach must drive our players to be obedient and committed to the World Cup campaign. By this, I mean they must play according to the instructions of the coach and not abandon the roles assigned them during matches, as we had witnessed in some matches in the past.

In attack the players must remain focused and alert to smash the ball home at the least opportunity. Even half and quarter chances are worth trying.

To achieve a positive result, which will roll us on, as pace setters ahead of South Africa, DR Congo, Cape Verde, Uganda and our foes on Saturday, Burkina Faso, our players must give every match their all. Their all means, they must take risks and exhibit a high degree of commitment that will make them challenge their opponents in every department of the game, contest every ball with utmost determination and kick every ball with a patriotic zeal.

That is the only way that the Stars would beat the Stallions on Saturday and begin a triumphant match to Germany 2006 and appease the hearts of many Ghanaians, dead and alive, whose dream had been and still remains to see Ghana play at the football's summit competition. The present generation of Ghanaians deserves to witness a World Cup in which the Black Stars will be part of the African Armanda. A resounding victory over the Stallions is the only way to assure Ghanaians that the Black Stars are capable of fulfilling their hearts' desire.

Go Stars go! Go, whip the Stallions at their own back yard, Whip them silly and demobilize them while you bang in the goals for a resounding victory. Keep shooting! 02 June 04

Petition Parliament over your exclusion from 2020 parliament...
35 minutes ago