Another era of exploitation as East and West scramble for Africanistan 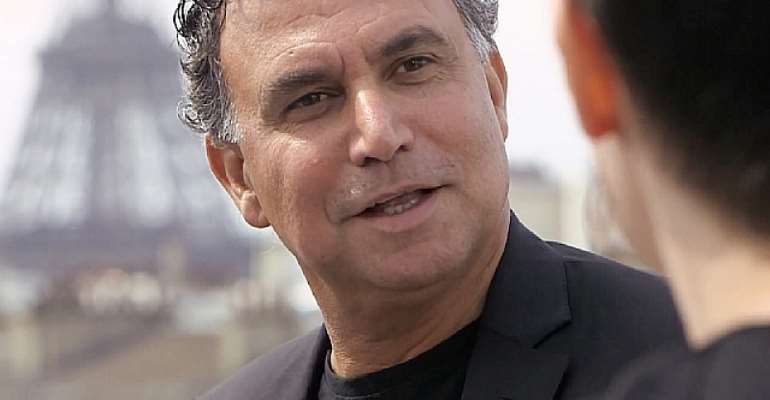 Al Jazeera's Empire examines unsettling realities in Africa, from claims of a new Eastern imperialism to the effects of terrorism

Empire's Marwan Bishara explores whether Africa's growing economies are driven by the exploitation of natural resources by foreign companies.

With 2,500 Chinese companies operating in Africa and over one million Chinese nationals moving there to do business, many are critical of a new imperialism emerging

America's growing involvement in Africa has been under the guise of its war on terror, to the extent that academic Douglas Yates says Africa is becoming 'Africanistan.'

Al Jazeera's Empire host Marwan Bishara travels to Kenya to ask who is benefiting from the 'rise' of African countries - and whether the war on terror is turning the continent into 'Africanistan.'

With seven of the ten fastest-growing economies in the world in Africa, Bishara explores how much of the growth is driven by the exploitation of Africa's natural resources by foreign companies.

As Parsarelo Kantain, The Africa Report's East and Horn of Africa editor, says, 'I'm very skeptical about the whole 'Africa Rising' narrative. What civilisation can one reference that has ever been developed by foreigners?'

Much of this development is coming from China, Bishara notes, with China's trade on the continent going from 10 billion to 200 billion dollars in 10 years. "At least 2,500 Chinese companies are operating in Africa and more than a million Chinese nationals have moved here to do business,' says Bishara.

But while China is building new infrastructure across Africa, journalist Howard French points out that, rather than partnering with local companies, many of the infrastructure projects are funded, designed and implemented by the Chinese, using Chinese materials. 'I've been on projects where even the people pushing wheelbarrows are Chinese.'

'Win-win is a propaganda slogan,' he says. 'It's not an accurate description of this sort of arrangement. Imperialism evolves. It's different from age to age. The circumstances change. What doesn't change is the balance of power between the two parties that are engaged in the Imperialism.'

But while China has emerged as Africa's biggest trading partner, America's involvement has been under the guise of its war on terror, to the extent that academic Douglas Yates warns Africa is becoming 'Africanistan.'

'With the draw down in Iraq and Afghanistan, the U.S. war on terror has pivoted to Africa,' says Bishara. 'It's as if Washington has recreated its school of the Americas into a new school of Africa, one where under the rubric of AFRICOM, American advisers train African security forces to fight Washington's war on terror. So is the new military aid helping stabilize Africa or is it dragging the continent into a war that's not its own?'

Despite being a vocal critic of the American-British invasion of Iraq, France is also using its military to intervene in Africa, having sidelined many of its critics there. 'What's happened?' asks Yates. 'The actors who were speaking against France have been replaced,' using Mali and Niger as examples of where he claims France has helped install pro-French leaders.

Bishara also sits down with the former prime ministers of both Kenya (Raila Odinga) and France (Michel Rocard).

As Bishara concludes, 'I don't know about you, but I'm not buying into this whole French-Chinese-American argument that they're in the continent to help Africans help themselves. We at Empire take it for granted that global powers act out of self interest'