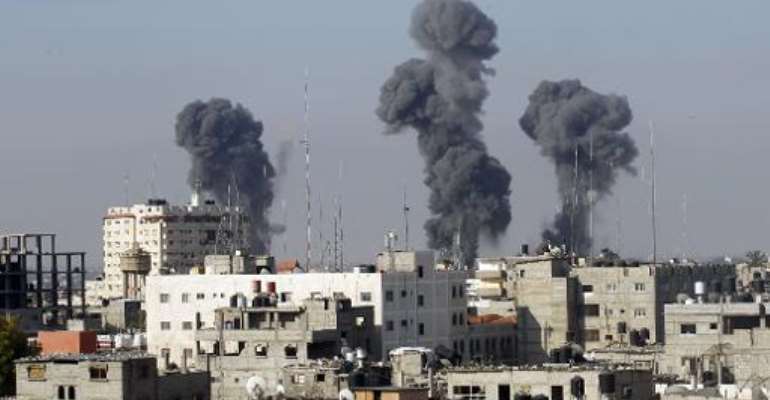 Smoke billows after Israeli air strikes near smuggling tunnels between the southern Gaza Strip and Egypt, on July 9 2014. By Said Khatib (AFP)

Cairo (AFP) - Egypt opened its Rafah border crossing to Gaza on Thursday to receive wounded Palestinians as Israel pounded the enclave with air strikes, an official at the border said.

Hospitals in north Sinai, which borders Gaza and Israel, have been placed on standby to receive the Palestinians, Egypt's official MENA news agency reported.

The crossing is usually closed, with Egyptian officials citing the tense security situation in Sinai, where the army is battling an Islamist insurgency.

Rafah is Gaza's only border crossing that bypasses Israel, which has hammered the coastal strip in response to Palestinian rocket fire.

The air strikes have killed at least 70 people since the operation began on Tuesday, including 11 women and 18 children, according to medical reports.