Parliament approves US$ 48 million for water supply in Accra 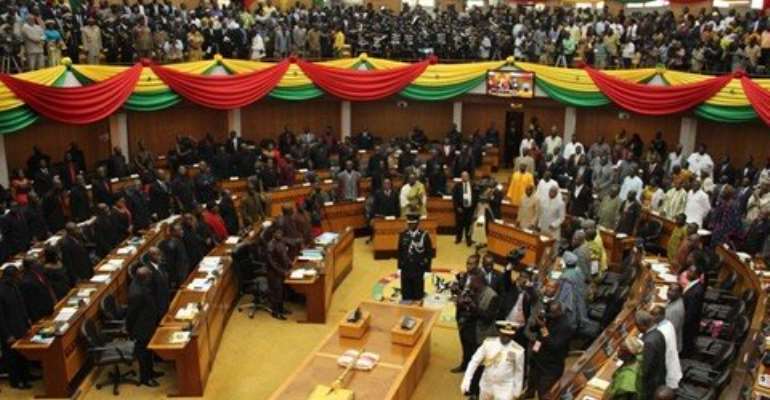 Accra, July 4, GNA - A grant of US$ 48.1 million from the International Development Association (IDA) would be made available to the Government of Ghana to improve the water supply situation in Accra and its environs.

This follows a parliamentary ratification of an On-Lending Agreement between the Government of Ghana and the Ghana Water Company Limited (GWCL) to finance parts B and D4 of the Greater Accra Metropolitan Area (GAMA) Sanitation and Water Project (GSWP).

The project, which comes under a financing agreement between the Government of Ghana and the IDA for a grant equivalent to US$150 million, is a five-year programme designed to bring sanitation facilities and water supply to residents in the Greater Accra Region.

The facility is a concessionary credit with a 25 years repayment period, a grace period of five years and interest rate at the prevailing Bank of Ghana policy rate.

The project is to be implemented by the Ministry of Local Government and Rural Development (MLGRD) and the Ghana Water Company Limited (GWCL), and an amount of US$48.1 million is allocated to the GWCL to finance the water supply component of the project, while the remaining US$101.9 million is allocated to the MRLGD for the implementation of the sanitation component.

Moving for the adoption of the Report, Mr James Klutse Avedzi, Chairman of the Finance Select Committee, observed that the Agreement is in line with the Government's new debt management strategy outlined in the 2014 budget statement.

He said the justification for the request and the need stems from the fact that though Ghana is expected to attain the Millenniums Development Goal Target of halving the population without access to improved water supply by 2015, service expansion lags behind population growth in urban areas particularly in low income communities in GAMA.

For instance, between 1990 and 2010, while urban population in Ghana grew by 5.4 million, only 0.8 million urban dwellers gained access to pipe borne water and as a result, access to piped water declined from 37 to 27 per cent.

With a recall of an observation of the Finance Minister, Mr Avedzi said if the above trend continues as it has been in the last 15 years, only two of every 10 urban dwellers would have access to piped water.

'The Minister was however optimistic that when completed, the project will contribute towards addressing key issues confronting the water supply sector, which will lead to increased access and improved water supply to urban dwellers,' the Report said.

It added further that 'the Minister's estimation was that the project, when completed, will make potable water available to an additional 250,000 people in the GAMA.'

In a contribution, Dr Anthony Akoto Osei, Ranking Member on Finance said the agreement is one of 78 on lending agreements that have come before the House.

He however wondered if the GWCL would be able to manage the exchange rate risk that is associated with the agreement.

Papa Owusu Ankoma (NPP MP- Sekondi) called for the GWCL and other State Owned Enterprises to exercise due financial oversight over their operations to achieve value for money.

Mr David Tetteh Assuming (NDC MP -Shai Osudoku,) Chairman of the Select Committee on Works and Housing and Natural Resources, urged the GWCL to do well to plug the loopholes to limit or avoid the wastage in the system.

Mr Alex Kwamina Afenyo-Markin (NPP MP- Effutu) suggested that the grant should be indemnified so that it would not be taken advantage of to settle any previous debt by the GWCL.