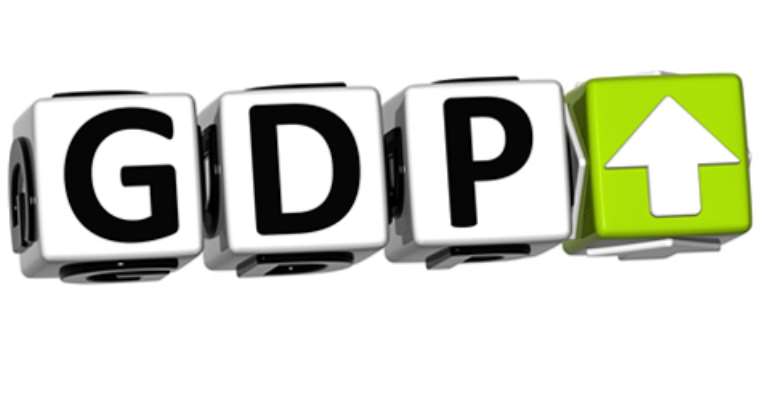 Ghana's Gross domestic product (GDP) for the first quarter of this year grew by 6.7 percent. The GDP measures the country's monetary value of the goods and services produced in the country over a period.

The total value of Ghana's goods and services is at GHS 25.73 billion, which includes revenue from oil.

This figure however indicates a drop from about GHS 25.82 billion recorded in the last quarter of 2013.

Non-oil GDP for the first quarter however was GHS 23.03 billion also recording a decline from GHS 23.96 billion recorded in the last quarter of 2013.

Services sector continued to be the largest contributor making up about 51.2 percent of GDP. This sector however recorded the lowest growth rate of 4.6 percent.

The Agricultural sector which contributes about 14.9 percent to GDP in the first quarter of this year recorded the highest year-on-year growth rate of about 12.7 percent.

Industry however, recorded a negative year-on-year growth rate of about 1.1 percent. Industry currently contributes about 34 percent to GDP.

The main contributors to this year's first quarter GDP were Livestock Production which expanded by about 25.7 percent, fishing activities which grew up about 20 percent, and the Financial and Insurance sectors which grew by about 20 percent compared to the same period in 2013.  The others were Community, social and personal activities which was up by 10.7 percent and Information and communication increased by 10.3 percent.

However manufacturing declined by about 19 percent.

Deputy Government statistician, Baah Wadieh explained that “we have realized that for some time in manufacturing for example, we have been experiencing a lot of power and water problems, competition from outside with cheaper goods, and some major industries closing down.”

According to him the decline in public administration by about 8 percent was because “they are mainly funded by government through the budget and they have not received enough funding compared to the first quarter of 2013 and so their activities are virtually minimal.”

The GDP for the first quarter however grew by 2.6 percent compared to the last quarter of 2013. The key drivers for this quarter-on-quarter growth were Forestry which increased by 19 percent, Fishing activities expanding by 14.1 percent, mining and quarrying activities increasing by 8.4percent and Livestock production which grew by 4.5 percent.

Some other industries however declined. Public administration's GDP declined by 7.3 percent compared to the fourth quarter of 2013. Real estate also declined by 5.1 percent, Manufacturing by 0.1percent and Financial and Insurance activities which declined by 3.9 percent.