Egypt Verdict "Defies Logic, Sense, And Any Semblance Of Justice" 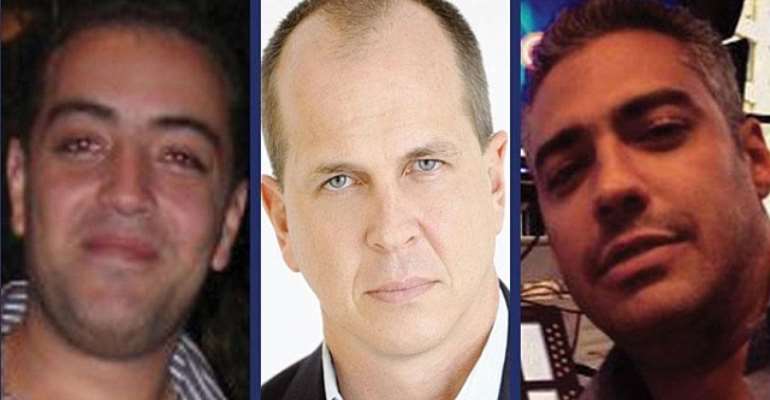 'Not a shred of evidence' against journalists
'We will continue with resolve until Peter, Baher and Mohammed are free'

'Today three colleagues and friends were sentenced, and will continue behind bars for doing a brilliant job of being great journalists. 'Guilty' of covering stories with great skill and integrity. 'Guilty' of defending people's right to know what is going on in their world.

'Peter, Mohamed, and Baher and six of our other colleagues were sentenced despite the fact that not a shred of evidence was found to support the extraordinary and false charges against them. At no point during the long, drawn-out 'trial' did the absurd allegations stand up to scrutiny. There were many moments during the hearings where in any other court of law, the trial would be thrown out. There were numerous irregularities in addition to the lack of evidence to stand up the ill-conceived allegations.

'There is no justification whatsoever in the detention of our three colleagues for even one minute. To have detained them for 177 days is an outrage. To have sentenced them defies logic, sense, and any semblance of justice.

'The support shown for Mohamed, Peter, and Baher has been loud, unified, and determined, and has come from every corner of the world. The call for their freedom has come from journalists, people right around the globe, as well as leaders worldwide. This great solidarity is a stand for basic freedoms - the freedom of speech, for the right for people to be informed, and for the right for journalists around the world to be able to do their job. And, of course, a demand to free our colleagues.

'There is only one sensible outcome now. For the verdict to be overturned, and justice to be recognised by Egypt. We must keep our voice loud to call for an end to their detention. Alongside us is a worldwide solidarity, a global call for their release, and a demand for basic freedoms to be respected. The authorities in Egypt need to take responsibility for their actions, and be held to account by the global community.

'We will continue with resolve and determination until Baher, Peter, and Mohamed are free and safely reunited with their families.'