Minister briefs press about the achievements of NPP 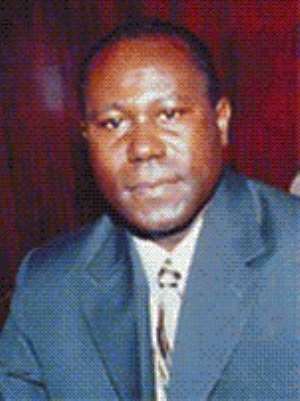 Sekondi, May 11, GNA - Mr. Joseph Boahen Aidoo, Western Regional Minister, on Monday said one of the problems the region is facing in its development efforts is insufficient contractors with the capability to undertake projects in the area. He was briefing the press on the achievements of the New Patriotic Party (NPP) government in the region at the residence at Sekondi. Mr. Aidoo said few qualified contractors are prepared to work in the region and this has resulted in contracts being awarded to a handful of contractors most of the time.
He said the situation often leads to delay in execution of projects and in some instances, abandonment of contracts by contractors who are unable to implement them.
Mr. Aidoo warned that the Regional Co-ordinating Council (RCC) would deal drastically with contractors who refuse to execute contracts awarded them, as this would affect the development of the region.
He said plans are far advanced to establish the first university in the region as the Cabinet and Accreditation Board have approved the idea adding that Parliament would consider the matter when it resumes sitting.
Mr. Aidoo said the government is undertaking a number of projects at the Takoradi at the cost of several billions of cedis and this includes three-storey complex, students hostel, auditorium and four storey classroom blocks.
He said about 36 classroom projects for first cycle schools were being undertaken by the government with the HIPC funds and 24 of the projects had already been completed.