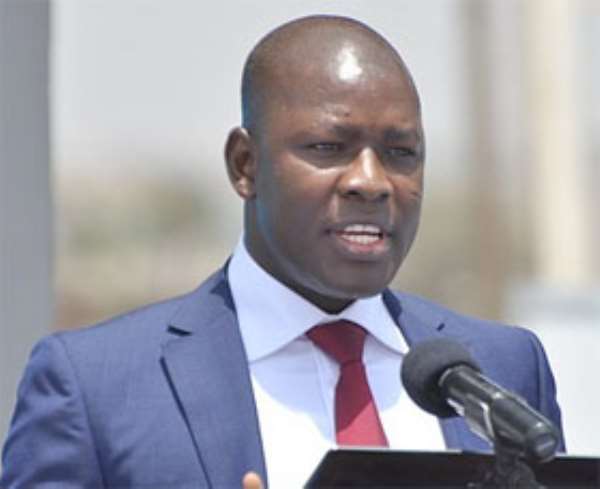 Roland Agambire
Three companies of AGAMs holdings, chaired by Roland Agambire, have paid a total of Ghc14.5 million to the State, as the first tranche of an amount of Ghc55.5 million expected to be recouped by the State, RadioXYZonline.com can  confirm.

On April 11, 2014, rlg forwarded cheques for Ghc14.5 million to the Economic and Organised Crimes Office (EOCO) as part of the refund.

The amount included interest on the first of four installments of refunds brokered by the Attorney General.

Asongtaba Cottage Industries paid Ghc10, 326,343 million with an interest of Ghc387, 237 for the first quarter refund.

The AGAMS group of companies is expected to refund a total of Ghc55.5 million to the state within a year.

The amount constitutes an overpayment of Ghc5.5 million made by GYEEDA to rlg Communications Limited.

According to an investigative report, the finance department of GYEEDA was to blame for the overpayment. The three companies also owe the state interest-free loans totaling Ghc50 million.

The refund follows a directive from the presidency to that effect following media exposures of gross malfeasance in the implementation of some of the modules under the Ghana Youth Employment and Entrepreneurial Development Agency (GYEEDA).

AGAMS has Ghc41 million more to defray with interest to the state. The total refund is part of Gh203 million expected to be recouped by the state from different service providers who implemented various modules under GYEEDA.

The other service providers who are expected to cough up the remaining nearly Ghc150 million include Goodwill International Group.

It is to refund an amount of Ghc2.4 million to the state as well as over US$2 million it took from GYEEDA for no services rendered.

The parent company, Zoomlion Ghana Limited, is to coup up the largest chunk of the money; Ghc74.2 million for overcharges it levied against the state for tricycle and motorbikes.

The rot was exposed by an investigative committee set up by Youth and Sports Minister, Elvis Afriyie Ankrah following incessant media revelations.