Destroying The Myth Of Women Inferiority In Africa 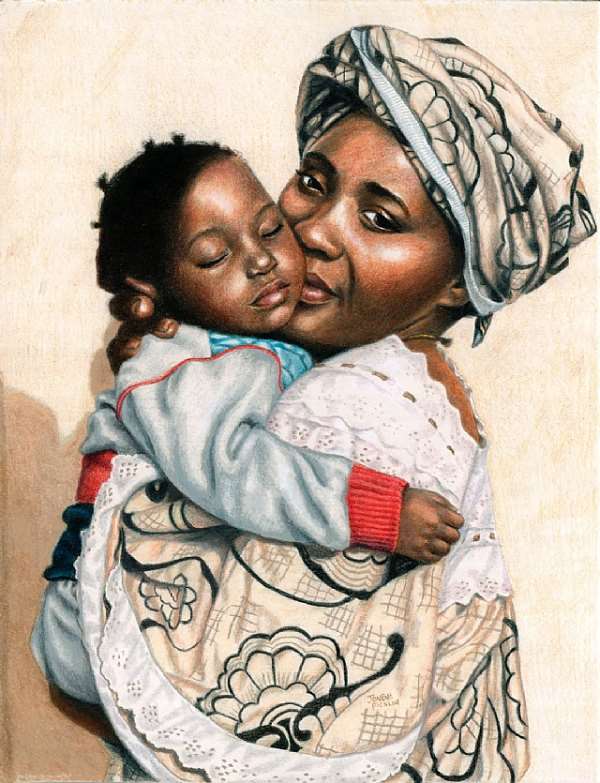 AFRICA owes a lot to her women more than any continent or society,right from the dawn of African civilization,the hand of women had contributed in no small means in shaping the fabric of Africa's complex society.relics of these feminine contribution can still be seen today in Africa's traditional system of government,commerce/trade,religion and cultures.

IN the ancient kingdoms and societies of Africa,women were in the lead,in fact, many African states or societies defied and worship some extraordinary women as goddess,the principal deity in many African religion is feminine, the wide adoration of the earth goddess among African society is a testament to the greatness and contribution of African women to the growth of African society, our ancestors realized that it is in women that fertility reside,the goose that lays the golden egg,that is the reason why in African traditional religion they end prayers with the phrase“may these sacrifice be female”. The contribution of women in the involvement of African society can't just be wished away; it is entrenched in our social fabric, women were mothers,rulers,administrators,doctors,midwives,surgeon,soldiers,farmers,traders,courtiers,poets,philosophers,activist,peacemakers,king makers,power brokers,power behind the throne and lots more in ancient Africa,even up till recent late 19th century.

The myth of women inferiority in Africa came with the colonialist and the spread of Islam across Africa,men forgot selfishly and ignorantly the role of women in the creation of African civilization,gradually paternalistic values eroded the Ancient maternalistic societies,Hausaland once a highly maternalistic society and even had a long succession of able women rulers,drank of the water of paternalism through early contacts with Arabs and Islam and thus erased the ancient maternalistic tradition,some of the ancient Arabic inspired Hausa chronicles denied the existence of queens,calling most of them regents or that they ruled unbehalf of there fathers.

The Berbers of North Africa where also known to be maternalistic before the invasion of the Arabs,many Berber traditions venerate ancient female rulers, Pharoanic Egypt and Nubia which are one of the oldest African civilization venerated women and had several mighty female rulers who ruled vast domains.

Present day African women should not be deceived and allow themselves to be pushed to the back seat by religious sentiments and men who themselves are ignorant of the past and present contributions of African women.IN the ancient oyo empire,women where the most influential courtiers and administrators of the ruler of Oyo,several provincial kings where placed under women who served as intermediaries between the emperor and the provincial kings,the treasurer of the emperor of oyo was always a woman, so it was also in the great Ancient Bornu empire,women were the closest to the bornu mai's, bornu chronicles celebrated several women as administrators,adviser,regents and powers behind the throne.

One of the greatest Sudanese Ruler, Mai Idris Alooma of Bornu was tutored and raised singlehandedly by is mother,in Ile Ife the only remembered female ruler,oni luwo gbagida built the only surviving public works of that very ancient African state,i.e the 10th century pavements, she ordered the roads of ife city to be paved with potsherds.it is speculated among historians that the founder of the second Oyo empire ,Orompoto Niyun was a female ruler,she was credited with the invention of calvary,she expelled the Nupe rulers of oyo who had occupied the ancient capital and metropolis for almost a century,defeating them in so many battles and even attacking Nupe cities and towns.

The famous queen Amina of Zaria, the Hausa 14th century ruler of Zaria was a renowned soldier and empire builder,she was the first to have Eunuchs in hausaland, the first to build military forts allover Hausa land,infact all the ancient walls found in Hausa land are known as Amina's walls.queen Nzinga of Angola taught the Portuguese colonialist never to mess with women,she defeated the Portuguese in several battles, becoming a constant source of worry to that great European power in that corner of Africa, Madam Tinubu of 19th century Lagos,was a merchant queen,the power behind the throne in Lagos,a kingmaker and a pioneering feminist,the British colonialist had to expel her to destroy her political clout in Lagos.

In Ghana the role of the 19th century Ashanti queen mother cannot be brushed aside,she singlehandedly aroused the nation to rebellion against British imperialism, queen Idia of the ancient Benin empire cannot be forgotten and countless women who we don't even know their stories. The list of women who contributed to the growth of Africa is endless,even in core Islamic societies,African women excelled, Asmau the daughter of the famous 19th century west Africa Islamic reformer and Jihadist,Usman Dan Fodiyo founder of the Sokoto caliphate was a poet,administrator,writer, philosopher and educator.present day women inferiority is a myth that as been propagated too long,women were not inferior in the more dark past,why should they now be inferior in a computer Age, African women everywhere should arise,look unto the past and be worthy successors of past great African women.

comments and questions are welcomed...send your mail to [email protected] .Samuel Oyenuga.

Inside Politics: Political Quotes
Catch up with all the political quotes from our politicians.
Sponsored
More Opinion
Modern Ghana Links
Will the pandemic have a significant environmental impact?
Reappointment of Akosua Frema Osei-Opare, a victory for women
Nana Addo should consider Hon. Alfred Obeng Boateng for appointment
Open letter to Franklin Cudjoe
Lack Of Respect For The Court-Jirapa Municipality At It Again!
Kojo Nyantekyi – Tribute To A Brother
Our educational system; The paradigm
As charismatic as Rawlings
The President should further scrap these other ministries
Election Reports Quotes Dossiers
TOP STORIES