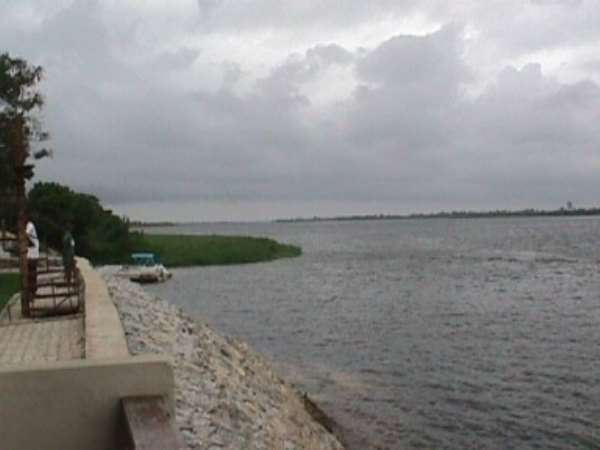 Accra, April 13, GNA - President John Agyekum Kufuor on Tuesday stressed the need to develop the Volta Basin for the mutual benefit of Ghana and Burkina Faso.

He said it was important to organize and manage the Volta Basin in the two countries for their mutual benefit, and appealed to experts in Water Resources Management from both countries to come together, plan and resolve to make an effective use of a legacy for their common interest. President Kufuor made the call when Mr Salif Diallo, Minister of Agriculture and Water Resources in Burkina Faso paid a courtesy call on him at the Castle, Osu.

Mr Diallo is leading a Burkinabe delegation to Ghana to hold discussions with their Ghanaian counterparts on the effective utilization of the Volta River that has its sources in Burkina Faso. President Kufuor said it was ideal that an effective mechanism was being put in place for the people to utilise the Volta river and its basin.

Mr Diallo said the international community had expressed interest in the full utilisation of the Volta river and its basin and as a result, experts from both countries were in the process of negotiations to find a common solution to problems associated with the basin.

He said it was in line with the efforts that the European Union (EU) had initiated a meeting on the basin, scheduled for July.