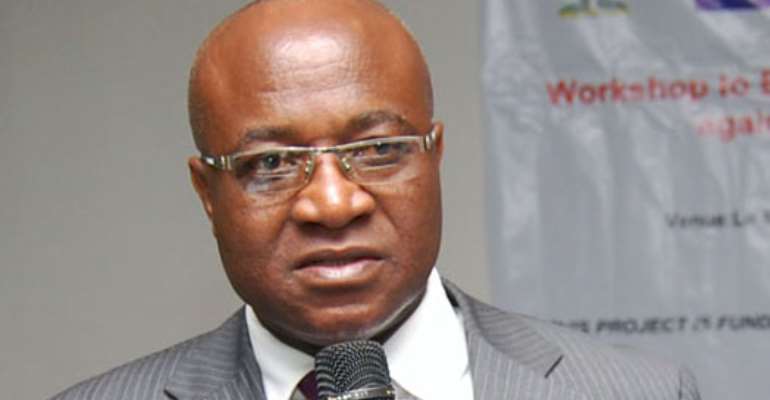 Mr Mensah-Bonsu said he was unaware of any instance in which an MP had taken a bribe.

He told Accra-based Joy FM that Mr Bagbin might be referring to the activities of lobbyists, who approach MPs to discuss some bills or policies with them.

The lobbyists, he said, often host MPs outside Accra to have some engagements with them.

According to him, after the engagement, MPs are sometimes given some amount of money, usually in the range of GHc200, for transportation or fuel.

Stressing that the money could not be deemed a bribe, the Minority Leader said if an organisation invites MPs for working lunch, shares ideas with them and offers them “something” for fuel afterwards, it will be appreciable.

Mr Mensah-Bonsu said lobbying does not equal bribery, because even in the US, there are professional lobbyists.

He cited the Government of Ghana as one of the major lobbyists in the country.

'As far as I'm concerned, the issues that he [Alban Bagbin) has related to… to the best of my knowledge are untrue,' he said.

Mr Mensah-Bonsu however acknowledged that having been Majority Leader for about eight years, some bribery issues might have been brought to Mr Bagbin's attention.

The MP for Suame said if that was the case, Mr Bagbin should bring forward 'better and further particulars' about the allegations to enable the Parliamentary leadership address them.

Mr Mensah-Bonsu said as an institution that frowns on corruption, Parliament will not spare any effort to deal with MPs who are proven to have taken bribes.

Mr Bagbin said: 'The reality is that MPs are Ghanaians and there is evidence that some MPs take bribes and come to the floor and try to articulate the views of their sponsors.

'This is because in Ghana  we have not developed what we call lobbying. There are rules; there are ethics regarding lobbying and we in Ghana think that lobbying is taking money, giving it to MPs and writing pieces for them to go articulate on the floor. That is bribery,' he said.

Speaking on the development, the Ghana Integrity Initiative (GII), an anti-corruption watch-dog, urged Parliament to investigate the bribery claims.

According to GII, the local chapter for Transparency International, such allegations are not good for the image of the legislative body.

How Taxi Driver Raped Varsity Student At Kato
1 hour ago

Akufo-Addo ‘Cools Off’ As He Visits Norway’s Seed Vault Near...
1 hour ago