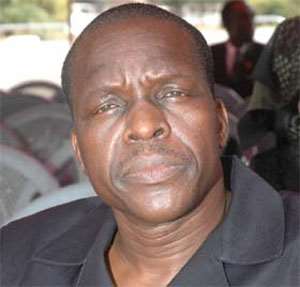 Hon Alban Bagbin The New Patriotic Party (NPP) Member of Parliament for Nsawam/Adoagyiri, Frank Annoh-Dompreh, has added his voice to the call by MPs for a deeper probe into the allegations made by a former Majority Leader of Parliament, Alban Bagbin, that some MPs accept bribes to articulate views of 'lobbyists' on the Floor of Parliament.

He said the issue greatly brought the integrity of MPs into question and that must call for a thorough investigation.

“I thought Hon Alban Bagbin whom I have great respect for would have given better and further particulars and even mention instances to prove his allegations but just to make such blanket allegations has affected all of us,” he said.

Speaking to DAILY GUIDE on the issue after some MPs have raised the issue on the Floor of Parliament and requested Parliament to conduct immediate investigations, Mr Annoh-Dompreh said after the issue came into the public domain via the media, a lot of friends  from abroad have called him to verify the authenticity of the allegation and how it had brought the image of the Ghanaian Parliament into disrepute.

“Some of us as new MPs are really not happy about this allegations because we have not encountered any of such thing, and all of us are now being seen as corrupt,” he said stressing that leadership ought to have referred the matter to the Privileges Committee because it was at that level that the truth or otherwise of the allegation would be established.

Meanwhile, some political analysts see the open allegation as a 'payback' to Parliament since some MPs continually label members of the Executive as corrupt.

“Hon Bagbin is already a dead goat and does not fear any knife. He thinks this may be his last term in Parliament having been an MP since the inception of the Fourth Republic in 1992, and therefore, does not care about the implications of his allegations.”

Some think that Hon Bagbin is just behaving like the former NPP MP for Asikuma-Odoben-Brakwa, P.C Appiah-Ofori, who exited Parliament, describing his own party MPs of taking bribe before approving of a Vodafone deal in Parliament.

His party people described the allegations as completely senseless and baseless.