By Office of President Kufuor 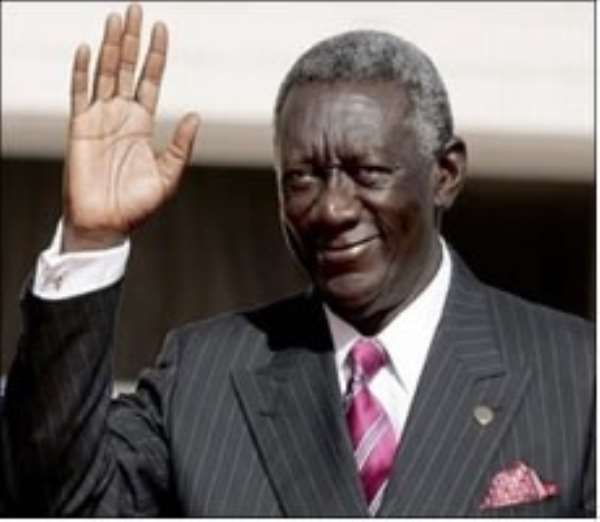 Former President John Agyekum Kufuor, Monday, joined Senegalese President Macky Sall and his government to raise more than nine trillion CFA Francs at a donor's conference to support a development plan aimed at doubling that country's economic growth over the next 10 years.

Various Ministers of President Sall's government made presentations of their development plans at the conference attended by the World Bank, the International Monetary Fund, The French government, the United States Development Agency, the Department for Foreign International Development of the UK, the African Development Bank, the Kuwaiti Fund, among others.

The "Emerging Senegal" programme aims to boost output from agriculture, fisheries and agro-industry, as well as the mining sector and tourism. It also hopes to make Senegal a logistics hub offering access to West Africa's market of some 300 million people.

President Kufuor praised Senegal for its initiative and urged the government to use the monies raised for their intended purpose.

He said African countries faced similar problems and hoped that governments on the continent would follow the Senegal example to help boot their economies.

President Sall promised to crack the whip where necessary to ensure success of the programme and praised Former President Kufuor for his support and advice.