Samsung unveils the all new Galaxy S5 in Barcelona 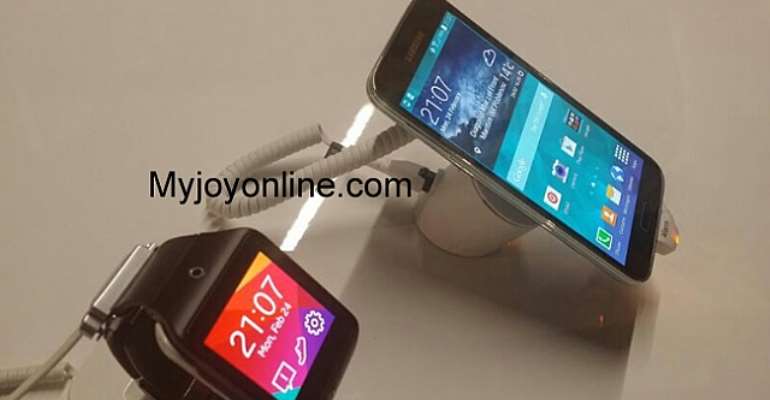 Technology giants Samsung, has unveiled the Galaxy S5, the successor to the Galaxy S4 device, at an impressive launch in Barcelona, Spain Monday night.

The launch of the flagship device, took place at the Centre Convencions Internacional Bacerlona [CCIB] at an event dubbed 'Unpacked 5'.

About 2,000 delegates defied a freezy 13° c Barcelonan weather to be a part of the unveiling of a device that comes with a new design [back panel now being perforated], an improved user interface, faster processors, improved camera and a Heart Rate Sensor.

'New features'
The new features of the Galaxy S5 include a IP67 certification that makes it Dust and Water-Resistant, a Fingerprint Scanner [for improved security], a Heart Rate Sensor [placed near the 16-megapixel camera].

The Galaxy S5 will be shipped with Android 4.4.2 KitKata and it will also feature a 5.1-inch Super AMOLED display with a 1080x1920 pixel full-HD resolution. This is powered by an unnamed 2.5GHz quad-core processor coupled with 2GB of RAM. The Galaxy S5 will be available in 16GB and 32GB variants, with microSD card expandability up to 64GB.

The Galaxy S5 bears a 16-megapixel rear camera with HDR for video as well, and a 2.1-megapixel front-facing camera. The rear camera can record UHD video at 30fps along with HDR and video stabilization functionality. Underneath the rear camera is the Heart Rate Sensor.

'Longer battery and usage life'
The all new Galaxy S5 comes with a 2800mAh battery to deliver 21 hours of talk time, and 390 hours of standby time. An interesting feature is that, with the all new Ultra Power Saving Mode feature, the Galaxy S5 can last up to 24 hours with just 10 percent battery life.