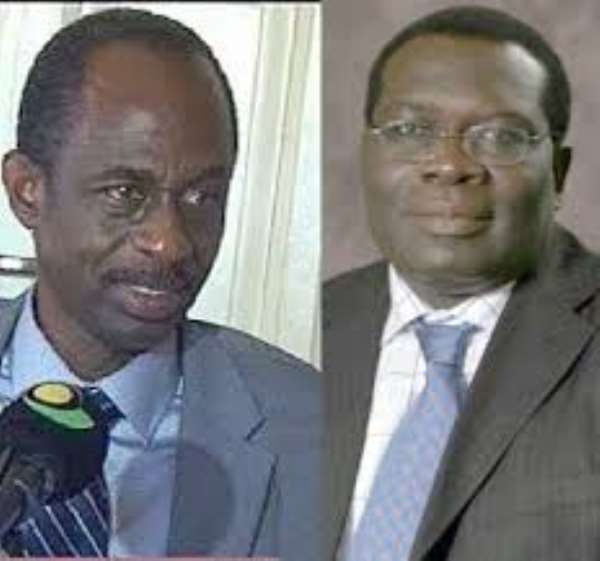 The chairman of the NDP, over the weekend blasted the leadership style of President Mahama and the NDC, accusing the President of surrounding himself with a gang of thieves, whose only preoccupation is to create, loot and share state property.

Dr. Josiah Aryeh said Ghana had become a leaderless country and without a manager; wondering why Ghanaians, when given the freedom of choice to act, acted in such way that the country ended up in a condition of lack of real leadership.

The National Chairman of the NDP, who was addressing supporters of the party in the Ashanti Region on Saturday, also wondered why a country that produces oil was yet to see direct benefit    on the lives of its people, blaming the situation on a bunch of alleged corrupt and greedy leaders within the current administration.

But an Ashanti Regional group of the ruling NDC, Movement for Better Ghana (MBG), has questioned the credibility of Dr. Aryeh to criticize the current administration.

Addressing a news conference in Kumasi, the spokesperson for the MBG, Samed Akalilu said the party least expected someone like Dr. Aryeh, “who can best be described as nothing but an ingrate and 'a celebrated walking political disaster' to have the nerve and the effrontery to criticize the NDC.”

According to the group, rather than raving and ranting from one station to another and running his mouth, Dr. Aryeh should have spent his time and energy in restructuring the failed NDP, which as a result of his gross incompetence got their presidential candidate disqualified.

“The self-acclaimed Mr. Know it all-ARYEH, who chairs the NDP could not fill common nomination forms for his presidential candidate in the 2012 general elections which ended up in disqualification of the party to contest the election. We leave his competence, leadership and managerial skills to the good judgment of the people of Ghana,” the

The group noted that though it does not begrudge any well-meaning Ghanaian for expressing his or her view in intellectual discourse, characters like Dr. Josiah Aryeh, whose image can only be traced into all time low, cannot all of a sudden claim to be an angel in the country.

Describing Dr. Aryeh as an NPP mole, the MBG said it was amazing that the NDP chairman, who has lots of skeletons in his cupboard, could not focus on clearing his name but has mounted a high moral ground; to describe the hardworking members of the NDC government as gang of thieves.

It is amazing such an inborn bandit and morally corrupt person will have the gut to attack a government that is doing everything possible to improve the lives of the good people of Ghana.

The group, therefore, advised Dr. Aryeh and his cohorts in the failed NDP to engage in constructive criticisms rather than resorting to inordinate and lustful attempts to please their paymasters.