By The True statesman 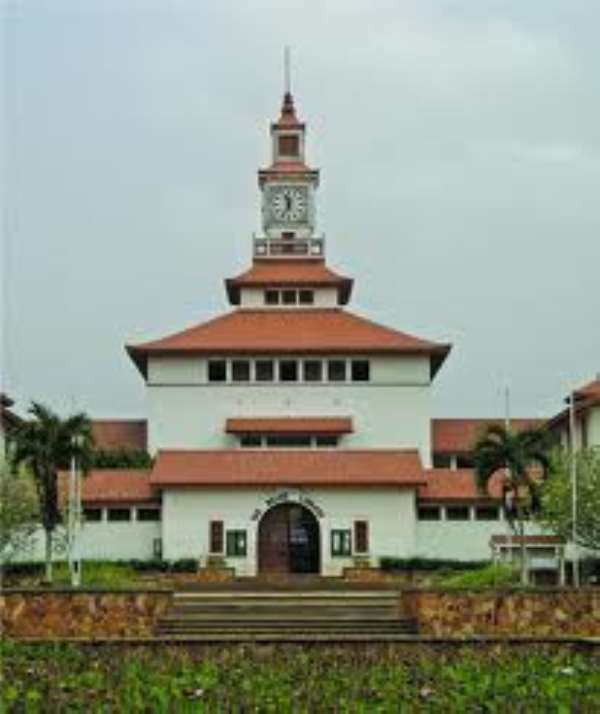 National Security operatives on Monday night demolished the controversial tollbooth being erected by the authorities of the University of Ghana, Legon, at Okponglo which is aimed at collecting road tolls from motorists traversing the university campus.

Col. Larry Gbevlo Lartey (Rtd), National Security Coordinator who confirmed the news to the media said the university authorities have no right to put up the tollbooth at the Okponglo section of the road that leads into the university campus and traverses it to Achimota and the western parts of the city.

"The next time they put another block there we will remove it; that structure cannot be there,' as he rejected suggestions that he should have consulted the Vice Chancellor, Prof. Ernest Aryittey, before embarking on the demolition exercise.

The National Security Coordinator said suggestions that he ought to have waited for the outcome of a legal tussle initiated by some students over the collection of the tolls before pulling down the structure were out of place. He explained that if that step is followed the structure would be completed by the time the court adjudicates the matter and any attempt then to pull it down would be met with criticism.

"This is the human face; it will be done right at the inception...you speak to people in the language they understand...'

According to the university authorities, they decided to collect the road tolls justifying this with the claim that the university took a loan to repair all roads on the campus and therefore had to pay back the loan through the tolls.

Government's appeals to the university to stop collecting the tolls have been ignored with the authorities who are insisting that the toll collection will only stop if the government pays the $2.3 million it took to build the roads.

Civil society organisations, the Students' Representative Council, SRC, of the university as well as some individuals have all opposed the collection of the tolls on that part of the road.

According to an eyewitness who lives close to the 'America House' bus stop opposite the Okponglo entrance of the university, there was a massive traffic build-up on the road on Saturday which disrupted traffic from Adenta, Dodowa and its environs heading to Accra. Another resident of Adenta even claimed to have spent two hours in traffic just to cross that section of the road on that Saturday and was therefore happy that the toll booth has been removed.

Some students have prior to the demolition filed a suit in court urging the court to prevail on the university authorities to dismantle the toll both and also desist from collecting charges from the commuters. But the authorities have remained adamant and resolute over the collection of the tolls.