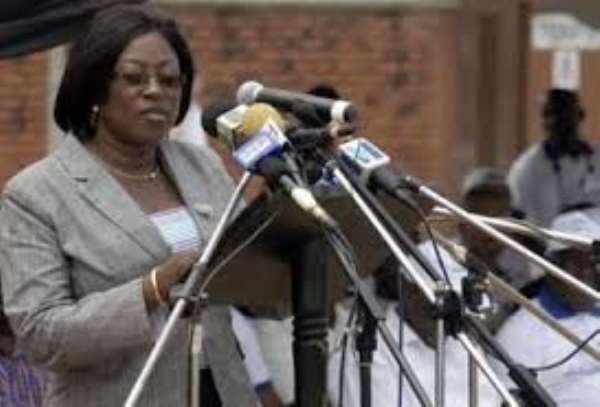 Importers and exporters in Ghana have complained bitterly that despite the directives issued by the Bank of Ghana (BoG) and endorsed by the government that all transactions should be quoted in cedis and not in any foreign currency, the Ghana Ports and Harbours Authority (GPHA) continues to quote their fees and other operational charges in dollars.

According to them, GPHA is supposed to charge all these fees in Ghana cedis and not in dollars, even before BoG issued its directives.

Leadership of the Importers and Exporters Association of Ghana insist that they want the port authority to charge in cedis, whether they are dealing with foreign or local vessels, because when they are made to pay fees and charges in dollars, they would pass it on to the consumer who suffers.

Speaking in an interview with The Chronicle at Tema last week Thursday, Mr. Asaki Samson - Executive Secretary of the Association, alleged that GPHA charged the vessel owners in dollars.

He added that when the ships are anchored in the anchorage or berth at the port, which is the territorial waters of Ghana, they pay rent to GPHA. “What is happening is that when they charge the ship owners in dollars, they also pass it on to importers to pay and that is where it causes the importer to pay so much and they in turn pass it on to the consumer.

For example, if they are to charge GH¢200.00 but decide to take US$200.00, the importer ends up paying twice the fee, and the importer also passes it on to the consumer.

“We are going to pay a courtesy call on the GPHA Director General (DG) and his management team, and also tour the port. One of the reasons is to let them know that we have an association for importers and exporters in the country.

“We may also inform them about some of the challenges our members are facing at both the Tema and Takoradi ports”, he noted. Meanwhile, the GPHA has explained why despite the Bank of Ghana's

According to the Authority, almost all the shipping lines it is transacting business with currently are foreign owned and, therefore, had to pay all fees and charges due in the foreign currency.

GPHA's explanation follows numerous complaints emanating from representatives of shipping lines operating within the port suggesting that as a result of the BoG's directives, it has no right to transact

business in dollars. Speaking in an exclusive interview with the paper, Madam Joana Adda, Public Relations Manager of GPHA said her outfit is acting according to PNDC Law 160, which established the Authority. She said the law permits the Authority to operate a foreign account in

order to ensure that it is able to purchase equipment they need for the job from abroad.

The PNDC Law160 section 13 (1) states; “The Authority shall, with the approval in writing of the Minister responsible for Finance, and subject to the relevant Bank of Ghana Regulations, maintain and keep a foreign exchange account into which a part of the revenue accruing to the Authority by way of foreign exchange may be paid”.

Explaining further, Madam Joana Adda pointed out that the law states that all transactions with foreign shipping lines must be paid in foreign currencies, saying currently it appears Ghana has no vessel

operating within the port. She hinted that so far her outfit has not received any formal complaint from the shipping lines in connection with its decision to transact business in dollars.

She noted that GPHA lawyers are in the best position to interpret this particular law, but for now “We will have to continue our job until any further directive that will be at variance with this law is given”.