An Irony Of Sorts 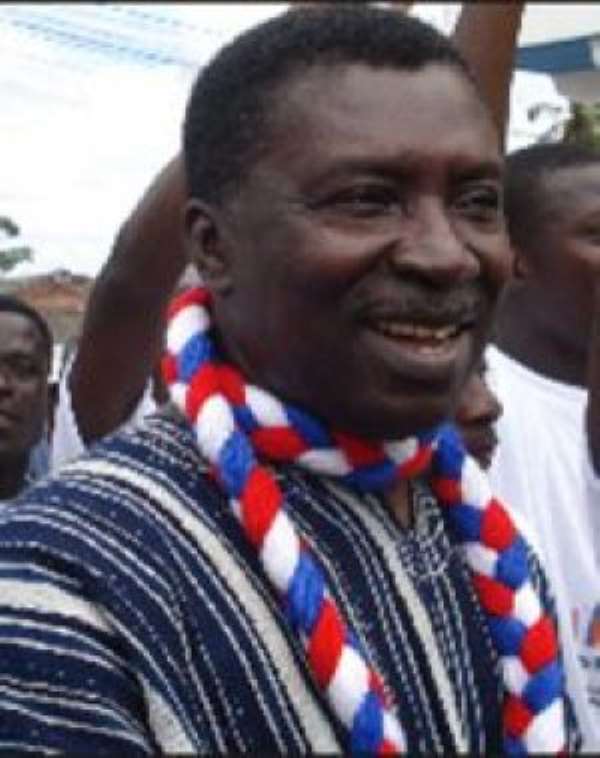 In the wake of the tragic passing of Mr. Komla Dumor, the famed BBC and Joy-Fm presenter, some health experts, equally stunned by the event, resorted obliquely to diagnosing the possible causes of premature deaths among otherwise healthy-looking adults in their prime these days. One such expert who joined the discourse was Prof. Kwabena Frimpong-Boateng, Ghana's leading cardiologist and former chief administrator of the country's medical flagship, the Korle-Bu Teaching Hospital (See "Pressure of Work Killing Young Adults - Frimpong-Boateng" Graphic Online / Ghanaweb.com 1/21/14).

It is ironic in a real sense, because by the life-expectancy standards of Ghana, as estimated by the World Health Organization (WHO), 41-year-old Mr. Dumor was not exactly "a young adult," as the German-trained heart surgeon preferred to cast matters. Mr. Dumor was decidedly in his prime. Prof. Frimpong-Boateng is, however, quite apt to suggest that stress may well have had a lot to do with the apparently "untimely" demise of the globally renowned and well-liked television news anchor and program presenter. And there is also some evidence and/or telling hints, at least from those of his teeming fans who visited the Facebook Wall of the deceased broadcaster, that the man was under quite a remarkable level of work-related stress.

The other aspect of the irony - a situational irony, to be certain - is that such purportedly morbid and evidently fatal workaholism comes at a time that the country is experiencing, perhaps, its worst and highest level of youthful unemployment since the beginning of the postcolonial era some sixty years ago. The unstated implication here, of course, is that if credible statistical records were kept on the level of stress-related deaths among the unemployed or woefully underemployed, the results realized could well be nothing short of the epically staggering.

Recently, I read a desultorily written article in which the self-preening author rather immodestly celebrated his supposedly pioneering efforts in facilitating the present exponential proliferation of frequency modulation, or Fm radio stations, across the length and breadth of the country. All in all, the writer counted approximately 300 radio stations and wondered, rather presumptuously, whether Ghana, per population ratio, did not have more radio stations than any other country on the planet. I suppose he was including the United States, where even the remarkable number of high schools with their own radio stations, programmed and operated by techno-savvy teenage students, dwarfs the number of Fm radio stations claimed for Ghana as a whole.

Add onto the preceding, the tens of thousands of colleges and universities, including my own, with their own independent 24/7-operated radio and television stations, and it becomes scandalously obvious that the self-preening author did not know what he was talking about. I had also expected that the writer would be knowledgeable enough to have mentioned the fact that as far back as the early 1980s, it was Mr. Sidiku Buari, the renowned musician, who seriously floated the progressive and democratic idea of the ownership and/or establishment of private radio stations in Ghana. This noble entrepreneurial suggestion, predictably, was promptly shot down by the Rawlings Gang in the dubious name of national security.

Which explains why I was contemptuously amused when the self-preening writer, rather cavalierly, presumed to dismiss Ghanaian students of the media, and journalism, in general, who had been given the mainline version of the history of broadcast journalism in the country. Well, he may, indeed, have a point; but whether this obstreperously self-magnifying writer likes it or not, when it comes to radio and television journalism and/or broadcast history, the sun still rises in wave-ruling Great Brittania.

What I am more interested in here, though, is the imperative need for a remarkable percentage of radio and television programming to focus on health education in the country. Such was the salutary norm those good,old days when the country could boast of only one government-owned and operated broadcaster with three short-wave broadcast stations and one limited-broadcast television station. Today, Ghana may have hundreds of radio stations and its fair share of television stations as well. But it is not quite clear to me whether the impact of today's media has the same degree of progressive and educational and cultural thrust of the Ghana Broadcasting Corporation (GBC) of the rediffusion-box era of a half-century ago.

Unhealthy censorship and all, the pre-1990 broadcast journalism era is still the envy of those of us old and mature enough to appreciate the social responsibility and significance of well-thought-out and purposeful and qualitative media programming.